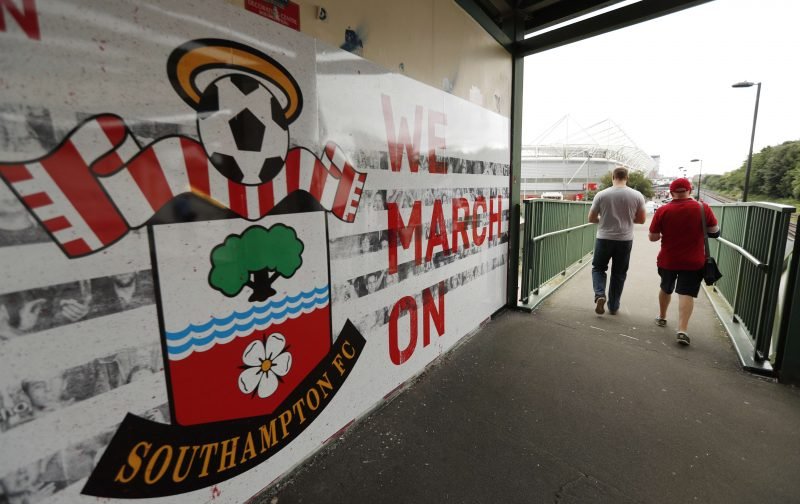 Here at Shoot! We pride ourselves on providing you with the latest blood bleeding through our academies across the land.

Having recently turned our attention to the Midlands, South Wales and Yorkshire; our gaze today is focused upon one of the most successful of academies within the United Kingdom. It’s destination the South Coast, as we reflect upon the next big star to graduate from Southampton’s academy.

Sunday 28th March 2010. Jenson Button will remember the day; it was the day he was crowned winner of the Australian Grand Prix for the second consecutive year. So too will Lady Gaga; her “Telephone” song topped the charts. Southampton fans will also remember the day. That was the day they lifted silverware for the first time since their famous FA Cup triumph in 1976.

For one particular follower of the Saints, the day had added significance. It was Jake Vokins’ first trip to the new Wembley Stadium; it was the chance to see his heroes lift the Johnstone’s Paint Trophy. He looked around and dreamt; perhaps in years to come, could he be on his way to London to play on the hallowed surface of the national stadium?

After making his development squad debut at the age of only 15, as well as appearing in on frequent occasions in Premier League 2 and the EFL trophy this year for the Saints, there is sufficient evidence that’s shows it could be a possibility. Luke Shaw was the last left-back to graduate from the Saints academy; could Vokins follow in the footsteps of the Manchester United defender? One things for sure; he can Shoot for the Stars.

Despite him featuring for the Saints on the south coast nowadays, Vokins is originally from Oxfordshire. His dream from a young age has always been regarding football; his father brought him up to enjoy the game from a young age.

Thankfully he was alright at the sport. In fact, he was quite good at it. After playing for a local Sunday league side, he attracted interest from a young age.

The city of Southampton may have been two hours away from Vokins’ home in Oxford, but that did not matter. He joined the Saints academy at the age of eight after attracting the interest of Southampton scout Kenny Moore. Week-by-week, he would make the short trip to the Saints development centre in the local town of Abingdon. It was here where he really began to learn his trade.

By the time he was invited down to the south coast to train, it was clear where his future lay. His first training session didn’t go particularly to plan, however; inside the dome he felt intimidated whilst playing alongside his future teammates.

It was something Vokins adapted too, though. He would continue to make the two-hour trip to the Solent on frequent occasions. However, come his mid-teenage years, there was another thing that Vokins was forced to adapt to: performing in the classroom back in Oxfordshire.

With his GCSE’s approaching, you may have expected football to take a back seat. Not at all. In fact, his time at school played a part in his footballing career. Throughout year nine, Vokins, alongside his classmates, had a run in the Under-14’s PlayStation Open School’s Cup. Meanwhile, whilst in Year 10, Vokins guided his school to County Cup triumph, netting two in the final. His reward: a McDonald’s post-match (I don’t think the Southampton nutritionist would be too happy with that nowadays.)

Less than a year later, the stage was even bigger for Vokins. It was destination St Mary’s for the young defender as, at only the young age of 15, made his debut for the Under 21’s at Southampton in a fixture over Tottenham. Less than a month later, on the day after Valentine’s Day of 2016, he started for the Under 21’s; despite a 3-1 defeat to Everton on that occasion, Vokins played 84 minutes for the Saints development side- his true love was now Southampton.

Going full-time with the club back in the summer, Vokins’ game has only developed, as he trains around the Under 23 and Under 18 side’s respectively. In years to come, the dream of playing at Wembley could actually come true.