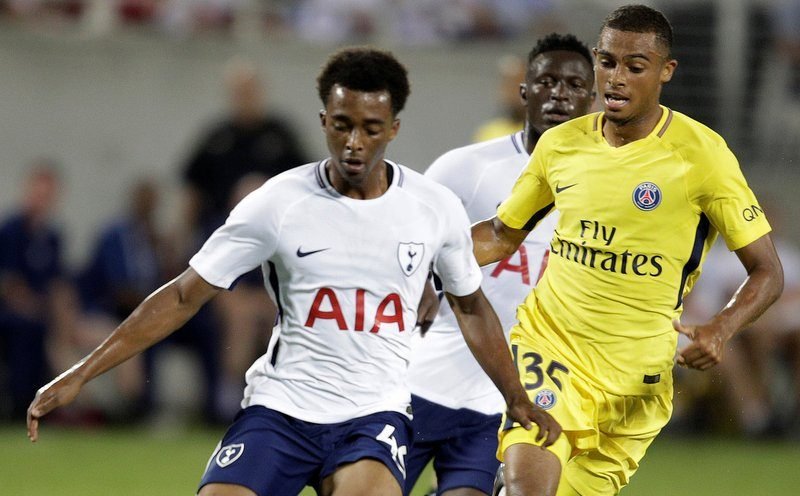 Following last month’s edition on Arsenal teenager Eddie Nketiah, this time we turn our attention to The Gunners’ North London rivals Tottenham Hotspur, to focus on their own highly rated prospect, Tashan Oakley-Boothe.

Born in Lambeth, Greater London; the central midfielder has made his first-team debut for Spurs this season, in just his second year within the academy ranks.

Oakley-Boothe, who made his bow against Barnsley in the EFL Cup back in September 2017, will be hoping to follow in the footsteps of the player he replaced that Tuesday night, Dele Alli, by working his way into Mauricio Pochettino’s first-team squad.

But at just 18-years-old, he certainly has time on his side, despite already experiencing global success. 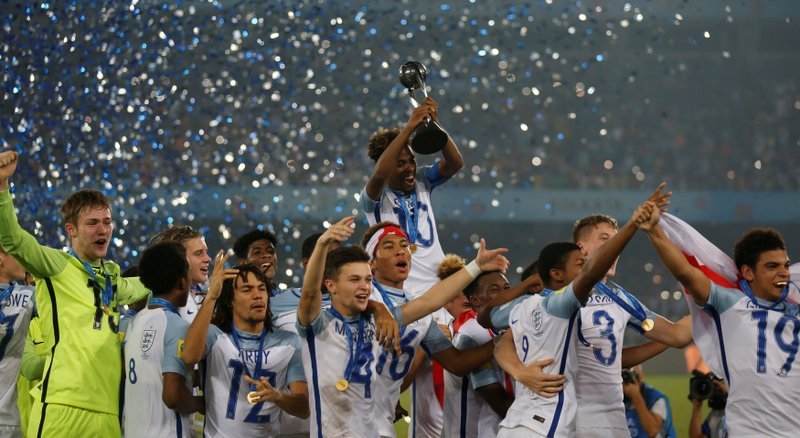 England celebrate with the trophy after winning the 2017 FIFA U-17 World Cup.

The Spurs youngster was part of the England Under-17 side that reached the final of the UEFA European Championships last May, before lifting the FIFA Under-17 World Cup with the Young Lions later that year in October, starting against Spain in the final during their 5-2 victory.

So, having already achieved success on the international stage, as he begins to represent the England Under-18 side, his next goal is to break into the first-team at club level.

After being called up to Tottenham’s pre-season tour by boss Pochettino last summer, he made his first senior appearance for the Premier League outfit against Ligue 1 giants Paris Saint-Germain in the 2017 International Champions Cup in Orlando, Florida, last July.

Can’t wait to get back to it pic.twitter.com/tmnQxoD2Pb

Despite featuring for just a number of seconds at the national stadium, it gave the London-born lad a taste of things to come, as Tottenham regard Oakley-Boothe as ‘one for the future’.

That belief was further justified in February 2018, when the academy player put pen to paper on a new contract, extending his stay at the club until 2021.

Alongside fellow starlet Marcus Edwards, versatile midfielder Oakley-Boothe is tipped to become a Spurs star of the future, and can look to senior team mate Harry Winks for inspiration, following the 22-year-old’s rise into the first-team frame at Spurs and senior fold of the England national side.

At just 18, he has already enjoyed call-ups to Tottenham’s Under-23 squad, and was on the substitutes bench for the first-team’s fixtures against Burnley and Newport County in the Premier League and the FA Cup respectively this campaign.

Oakley-Boothe has also featured five times in the Premier League 2 this season, and twice in the UEFA Youth League.

And to top it all off, Shoot! actually worked with the Spurs starlet back in August 2015, where the teenager showcased his skills in our Shoot Skills Compilation Video. Check it out above!

With over three years now on his contract, Oakley-Boothe has plenty of time to further impress manager Pochettino and rack up more first-team appearances for the Premier League side, and don’t rule out seeing him star on loan somewhere in the Football League to help aid his development.