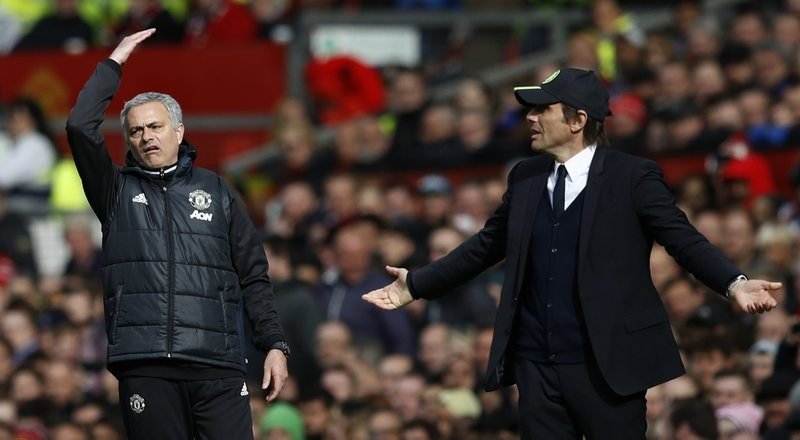 The Blues, who crashed to a thoroughly disappointing 3-0 defeat in Rome in the UEFA Champions League during midweek, have secured back to back league wins recently under manager Antonio Conte, but are still four points adrift of United prior to kick-off.

Meanwhile The Red Devils, who unconvincingly saw off Benfica 2-0 on Tuesday night to record their fourth consecutive Champions League victory, edged past Tottenham Hotspur (1-0) last weekend to bounce back from their shock defeat to newly promoted Huddersfield Town in the top-flight.

Does Chelsea’s Alvaro Morata make it into our combined XI? Find out below…

With both sides determined to put together a winning streak in the Premier League, to ensure they battle leaders City for the title, Shoot! has put together our very own Chelsea-Manchester United combined XI…