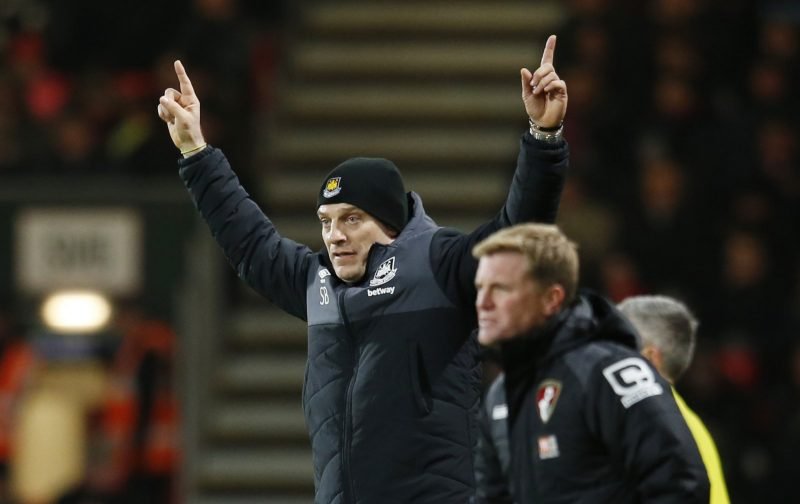 Eddie Howe’s struggling Bournemouth entertain West Ham in the Premier League on Saturday (3pm kick-off) with the hosts looking to put some daylight between themselves and the bottom three.

The Cherries held Jose Mourinho’s Manchester United to a 1-1 draw at Old Trafford last weekend to end a run of four straight league defeats, with Josh King’s penalty cancelling out Marcos Rojo’s opener to secure the visitors an important point.

And it’s a result and performance that they’ll look to build on against Slaven Bilic’s West Ham on Saturday, who themselves haven’t won any of their last three Premier League games.

The Hammers lost 2-1 at home to league leaders Chelsea on Monday night to remain 11th in the table, 11 points clear of danger, yet with the gap between themselves and seventh place Everton, the lowest possible position for a European spot this season, standing at 11 points, it looks like Bilic’s men will sit in mid-table between now and May.

Nonetheless, the East London side haven’t lost an away game in 2017, so it should be a good contest between the two sides at the Vitality Stadium on Saturday.

With the build-up well underway ahead of Saturday’s clash, we at Shoot! have selected our ultimate Bournemouth-West Ham six-a-side team from the current squads…