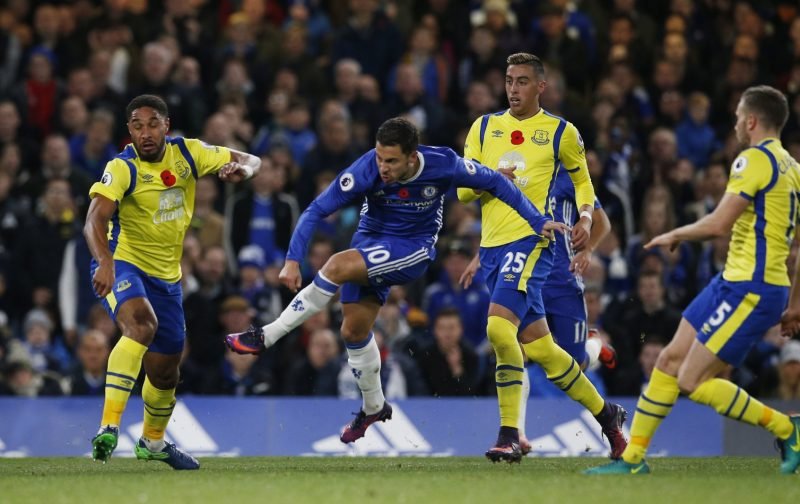 Premier League leaders Chelsea face a tricky trip to Everton on Sunday (2.05pm kick-off) hoping to maintain their lead at the top of the Premier League.

Antonio Conte’s men beat Southampton 4-2 at Stamford Bridge on Tuesday night to go seven points clear of second place Tottenham, yet Spurs bridged the gap to four once again with a late 1-0 success at Crystal Palace on Wednesday.

Nonetheless, the Blues are still very much in command and victory at Goodison Park would surely set them on their way to a fifth title in 12 years, and indeed one part of a potential double, what with Conte’s men also into the FA Cup final.

However, it won’t be easy against an Everton side that have lost just once at Goodison Park this season, and have picked up 12 wins from their other 16 matches.

Ronald Koeman’s men are seventh in the table and have lost just one of their last seven league games, and with wins over Arsenal and Manchester City at home this term, they’ll be confident of getting the three points on Sunday.

So, with the build-up well underway ahead of Sunday’s clash, we at Shoot! have selected our ultimate Everton-Chelsea five-a-side team from the players available for selection at Goodison Park…