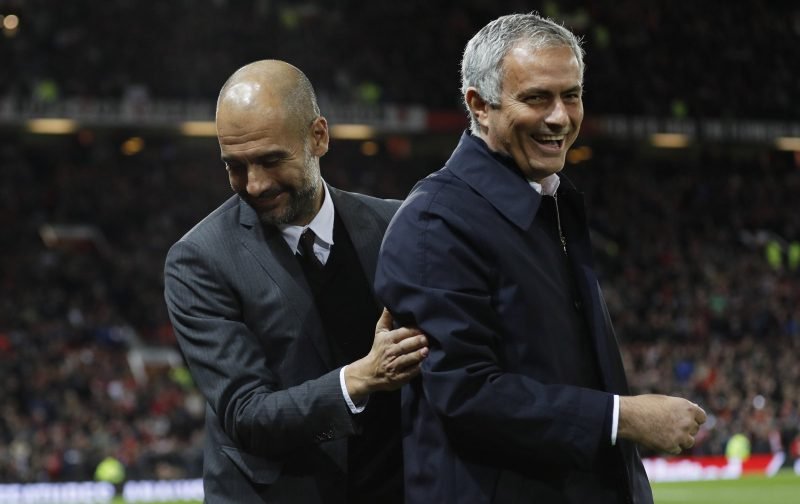 Pep Guardiola’s Citizens were beaten 2-1 in the FA Cup semi-final by Arsenal on Sunday to all but end their chances of landing any silverware this term, and as a result means that boss Guardiola is on the verge of his first ever trophyless season in management.

However, victory over Jose Mourinho’s United on Thursday would cement their place in the Premier League’s top four, and thus set them on their way to playing Champions League football next term.

Nonetheless, the Red Devils extended their unbeaten league run to 23 matches after beating Burnley 2-0 at Turf Moor on Sunday, and it also meant that they went within a point of their neighbours ahead of Thursday’s derby.

And with one win apiece in the derbies this season, with Guardiola’s men winning 2-1 at Old Trafford in league before United got past them en route to winning the League Cup, it’s all set up to be an enthralling encounter at the Etihad Stadium.

So, with the build-up well underway ahead of Thursday’s clash, we at Shoot! have selected our ultimate City-United five-a-side team from those players available for selection at the Etihad on Thursday…