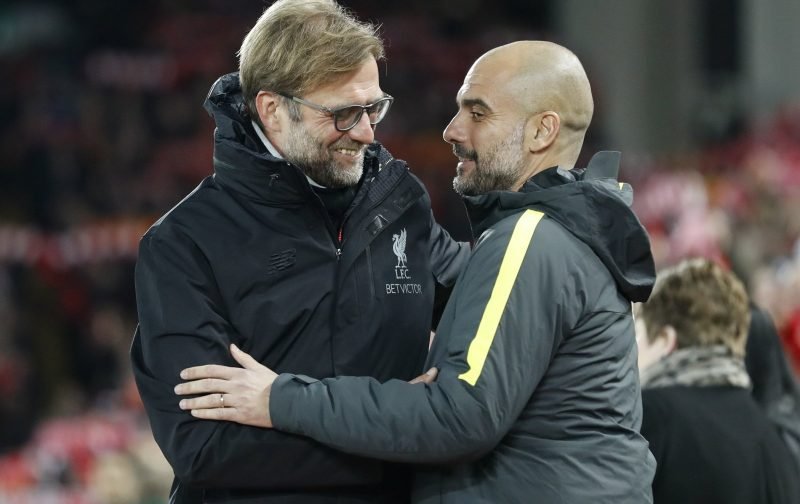 Pep Guardiola’s side are a point and a place above the Reds going into Sunday’s clash, although they go into this encounter off the back of exiting the Champions League at the hands of Monaco on Wednesday night.

City led 5-3 after the first leg, but succumbed to a 3-1 defeat in the Stade Louis II earlier this week to inflict the earliest Champions League exit on Guardiola in the Spaniard’s managerial career so far.

And it doesn’t get much easier for the Citizens as Jurgen Klopp’s Liverpool have been resurgent in recent weeks, winning three of their last four Premier League games, which includes victories over Tottenham and Arsenal.

Their credentials against the top six sides is unquestionable, but whether that means that they’ll get the three points to leapfrog City on Sunday remains to be seen.

So, with the build-up well underway ahead of Sunday’s clash, we at Shoot! have picked our ultimate Man City-Liverpool six-a-side team from the current squads…