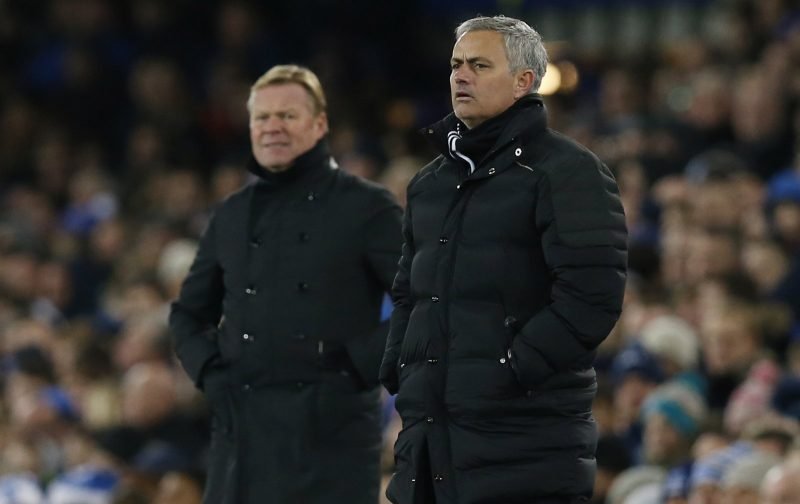 Manchester United host Everton on Tuesday night (8pm kick-off) at Old Trafford as both sides look to get back to winning ways in the Premier League after disappointing weekends.

Jose Mourinho’s men were unable to break down West Brom on Saturday, in turn securing their eighth home draw of the campaign, and remaining five points off the top four following Manchester City’s 2-2 draw at Arsenal.

It means that the Red Devils have now drawn more games than any other side in the top-flight this season (11), and have drawn more home league matches than they have won (they have picked up just six wins).

And they’ll have to find their clinical edge on Tuesday as Ronald Koeman brings his wounded Everton to Manchester following their 3-1 defeat to Merseyside rivals Liverpool on Saturday.

The Toffees were comfortably second-best at Anfield on an afternoon which saw their top four hopes all but end, but they know that victory at Old Trafford on Tuesday would see them go above United into fifth place in the Premier League.

So, with the build-up well underway ahead of Tuesday’s crucial clash, we at Shoot! have selected our ultimate United-Everton five-a-side team from those players available for selection on Tuesday night…