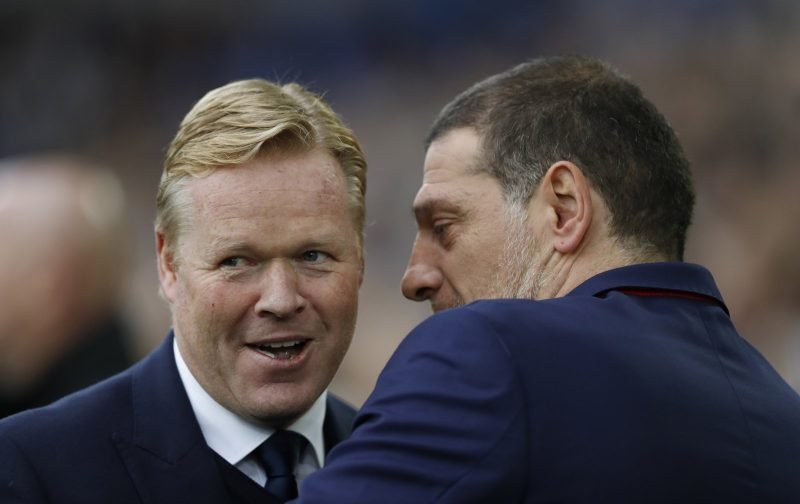 West Ham host Everton at the London Stadium on Saturday (3pm kick-off) as both sides look to climb places in the Premier League table.

Slaven Bilic’s Hammers have picked up four points from their last two matches to pull clear of the bottom three, this all after relegation looking a genuine possibility when they lost five successive league games between March and April.

However, a 1-0 success over Swansea and a 2-2 draw away at Sunderland has moved the East London outfit up to 13th in the table, and they’ll know that victory over Ronald Koeman’s Everton on Saturday could take them into the top half of the division.

Yet, it won’t be easy against a Toffees team that have won 16 of their 33 Premier League matches this season, including four of their last six.

Koeman’s men know that if they can secure the three points they will move up to fifth in the table, ahead of both Arsenal and Manchester United, and with a final day clash with Arsene Wenger’s side on the horizon, there is a great chance of Everton securing European football for next season.

So, with the build-up well underway ahead of Saturday’s crucial clash at the London Stadium, we at Shoot! have selected our ultimate West Ham-Everton five-a-side team from the players available for selection this weekend…