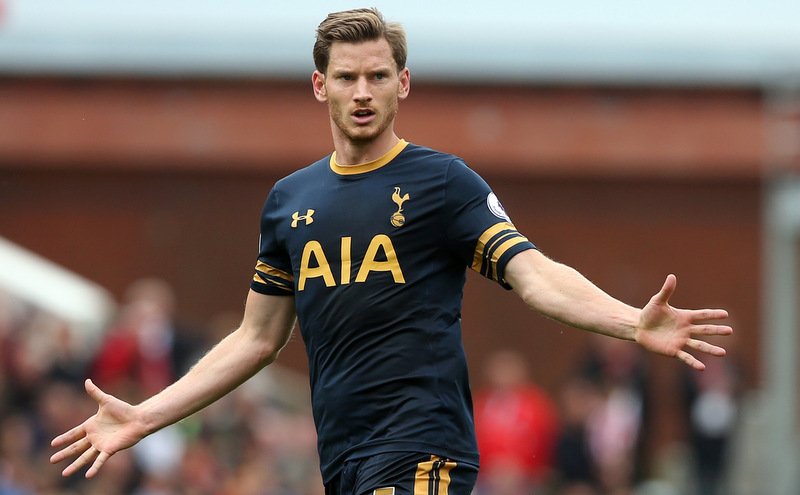 Tottenham defender Jan Vertonghen has thanked Spurs fans for their support after being sidelined for a minimum of six weeks with an ankle injury.

The centre-back was subbed off during Tottenham’s 4-0 victory over West Brom on Saturday. The Standard report that after scans of ankle ligament damage, Spurs will likely be without their Belgium international until March.

Vertonghen took to twitter to acknowledge the Tottenham faithful’s messages. He said: “Thanks to everyone for your kind messages. Gutted to be injured but will be back as soon as I can #COYS”.

Thanks to everyone for your kind messages. Gutted to be injured but will be back as soon as I can

After thumping West Brom, Mauricio Pochettino’s side moved into second in the Premier League, seven points behind leaders Chelsea.

Vertonghen and centre-back partner Toby Alderweireld have been rocks at the back this season. The two have contributed to the Tottenham backline boasting the best defensive record in the league.

Vertonghen has featured in all but one of Tottenham’s Premier League games this season. The North Londoners start time without the Belgian with a tough trip away to Manchester City this weekend.