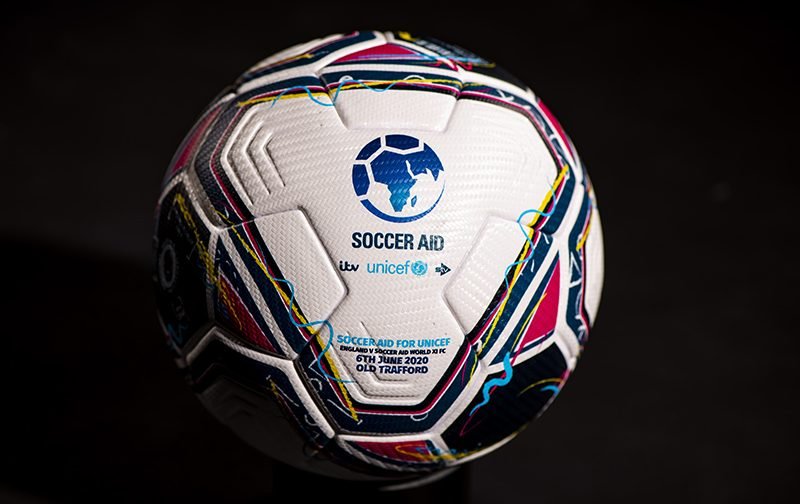 Usain Bolt and Olly Murs will star in Soccer Aid for Unicef 2020, which returns to Old Trafford on Saturday June 6.

Comedians Tom Davis, Joel Dommett, Mo Gilligan and Russell Howard are all set to make their debuts with Lee Mack also returning to the fold for the match which will take place on a Saturday night for the first time.

Soccer Aid for Unicef co-founder and Unicef UK Ambassador Robbie Williams said: “It is a privilege to be a part of this game. I’ve been to parts of the world where this money goes and seen how desperately the assistance is needed by children – it brought me to tears.

“We can all help play a small part in making things better with Soccer Aid on Saturday June 6th at Old Trafford.”

A family of four (two adults, two children) can attend the match for just £60. Half of all tickets for the game are priced at £20 or under. Dermot O’Leary will present the live show with Kirsty Gallagher returning as pitch side reporter. The programme will be broadcast exclusively live on Saturday 6th June on ITV and STV.

Old Trafford last hosted the match in 2018 when Inbetweeners star Blake Harrison converted the winning penalty for England in a tense shoot-out. Last year, the match travelled to Chelsea’s Stamford Bridge where the World XI this time came out on top after a shootout.

Eight-time Olympic gold medallist, Usain Bolt, who took part in the last two matches, said: “This will be the third time I have played in Soccer Aid for Unicef – I’ve won one and lost one, so this is the best of three! Playing at Old Trafford is extremely special.

“It’s a world class stadium and the atmosphere is always incredible. This year the game is on a Saturday night, so we hope that makes it easier for even more families to come and watch us. I got my first goal last year and am hungry for more!”

Since 2006, Soccer Aid for Unicef has raised over £38m to help give children all over the world a childhood full of play. Soccer Aid for Unicef 2019 raised a record breaking £7.9m. 100% of all public donations go towards supporting the vital work helping children everywhere grow up happy, healthy and able to play.