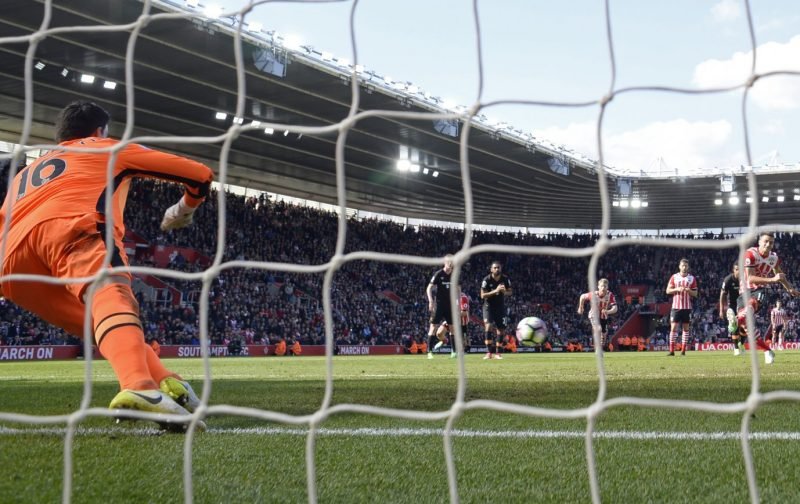 A late penalty save from Hull City’s Edlin Jakupovic gave their hopes of Premier League survival a shot in the arm whilst sending rivals Sunderland down after their late loss to Bournemouth.

If you wanted to know why Southampton and Hull were mid-table and fighting relegation, respectively, you only needed to watch ten minutes of their game at St. Mary’s on Saturday afternoon.

The Saints, who are comfortably nestled in that ‘mid-table obscurity’ bracket and seem more focussed on the pattern of their pitch than points as we move into May, were largely untroubled at the back all afternoon but at the same time failed to stretch Marco Silva’s back four.

On the other hand, Silva’s men, who were arguably the better side in a first half which passed without any incident whatsoever, whilst offering some decent build-up play had nothing to show for it in the final third. 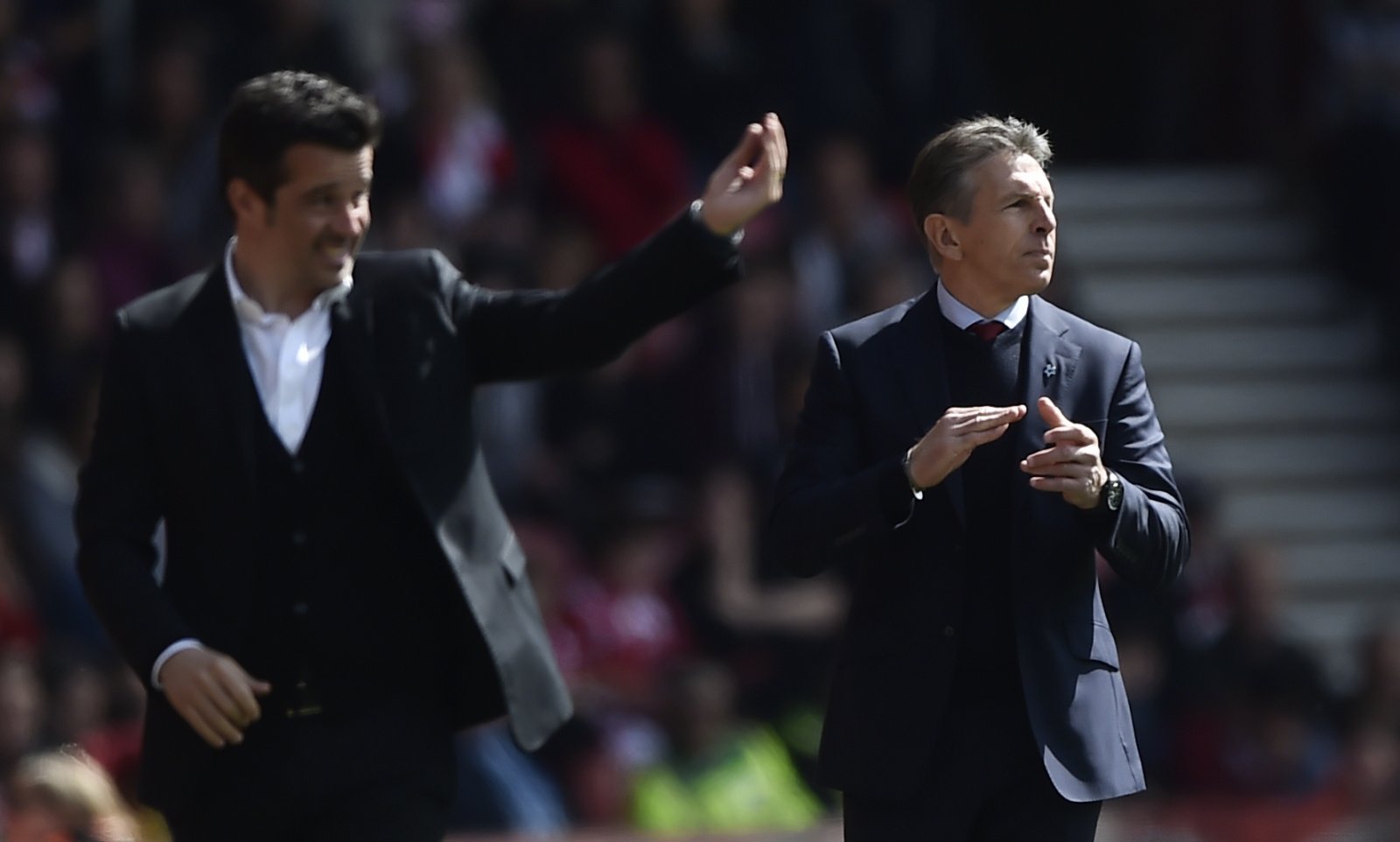 Into the second half and the Saints looked to break the deadlock with a little more impotence than in the first, although still failed to find a way through with Sofiane Boufal, Dusan Tadic and Nathan Redmond all spurning chances in and around the box.

With chances now coming his side’s way but still no opener, Claude Puel decided to roll the dice with a double change met with a chorus of boos from the home support upon the raising of Manonlo Gabbiadini’s number, with the Italian having been starved of chances all afternoon.

After a brief scrappy spell for the visitors Saints went back on the offensive, only to be denied by a last ditch block by Harry Maguire from Redmond’s cut back, the captain saving the day once again for Silva.

With Hull having hung on to a point all afternoon Alfred N’Diaye seemed to undo all their good work when he brought down Saints defender Maya Yoshida in the box and referee Mike Dean pointed to the spot.

Up stepped Tadic who, having been given a rare 90 minutes from Puel, had the chance to show his manger what he was all about. However, the Serbian footballer of the year took no such chance as his soft penalty was well saved by Jakupovic, who hadn’t had a shot to save until the spot kick. 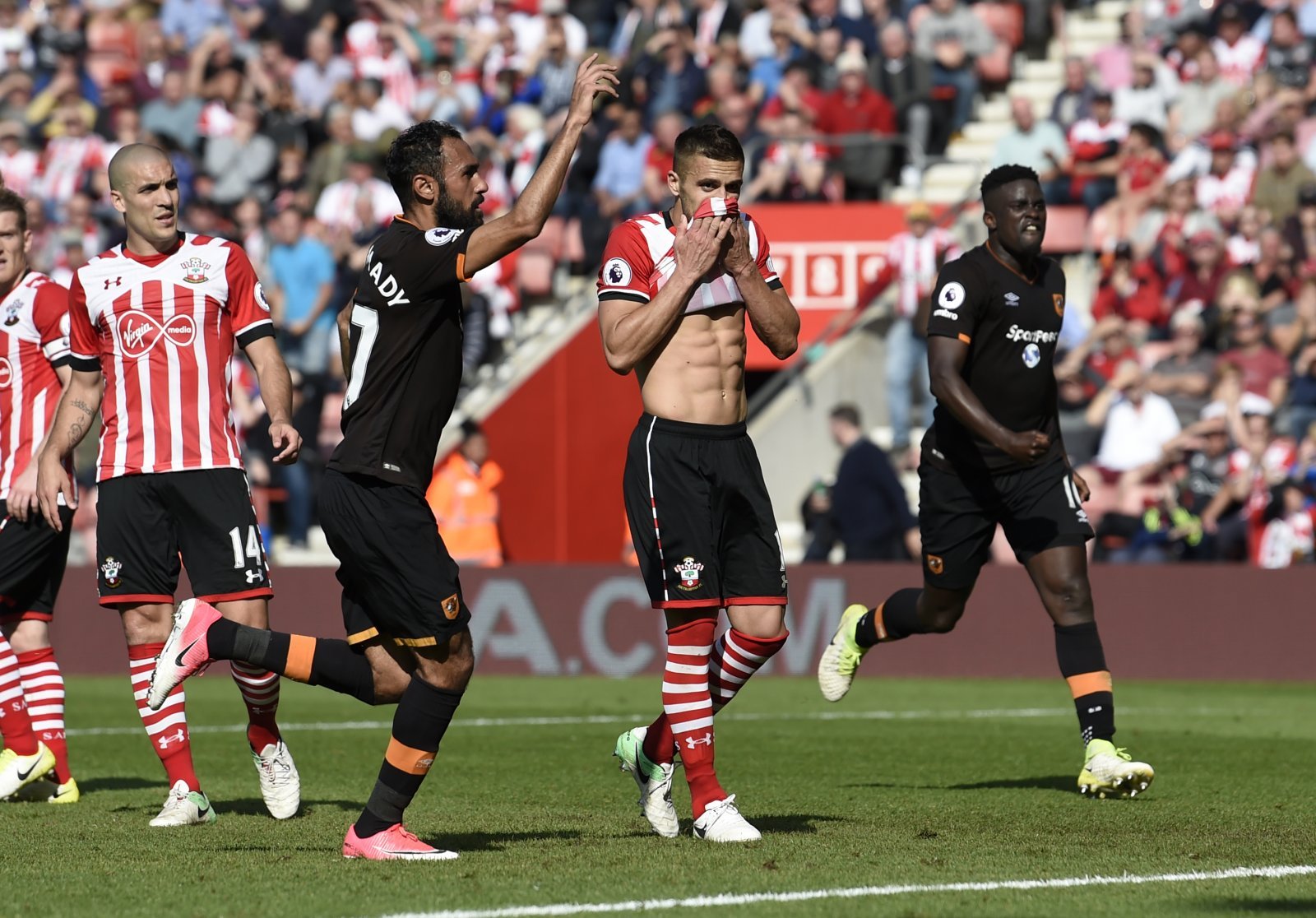 Tadic’s effort summed up the afternoon for Puel and his players who were booed at the final whistle, just as they were at halftime.

With Sunderland’s relegation sealed Hull fans will now turn their attention to tomorrow’s results hoping the Manchester clubs can give them a helping hand in the fight to stay up.

Despite having to watch a scrappy affair on the south coast Silva was more than happy with a point which could prove crucial in their survival bid.

Here are three things we learned from the bore draw at St. Mary’s.