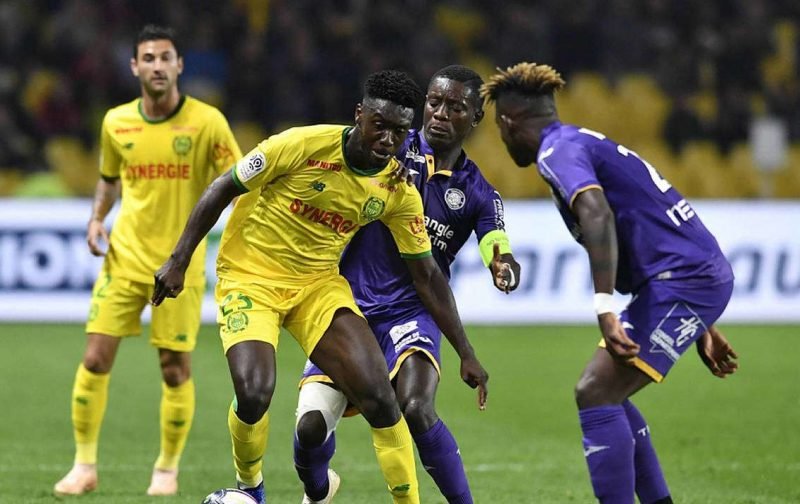 Southampton and Watford are set to battle it out to sign Nantes’ France Under-20 ace Enock Kwateng, according to reports by Goal France.

The Premier League sides are both reported to be interesting in signing the defender after scouting him recently.

The 21-year-old right-back won the European Under-19 Championship in 2016 alongside the likes of Kylian Mbappe, Issa Diop and Jean-Kevin Augustin.

This season he has managed to force his way into the Nantes starting eleven and made his 19th Ligue 1 appearance in their 1-0 defeat at struggling Monaco at the weekend.

Southampton are looking for a new right-back to bring to St Mary’s after loaning out Cedric Soares to Inter Milan in January, with an option to make it a permanent deal in the summer.

Watford are not short on right-sided defenders, with Kike Femenia and Daryl Janmaat currently in their squad, but a new younger option would provide strong competition for a place in the first team.

With Kwateng’s current contract with Nantes set to expire in the summer it is expected that the young prospect will move on in order to try and enhance his career.