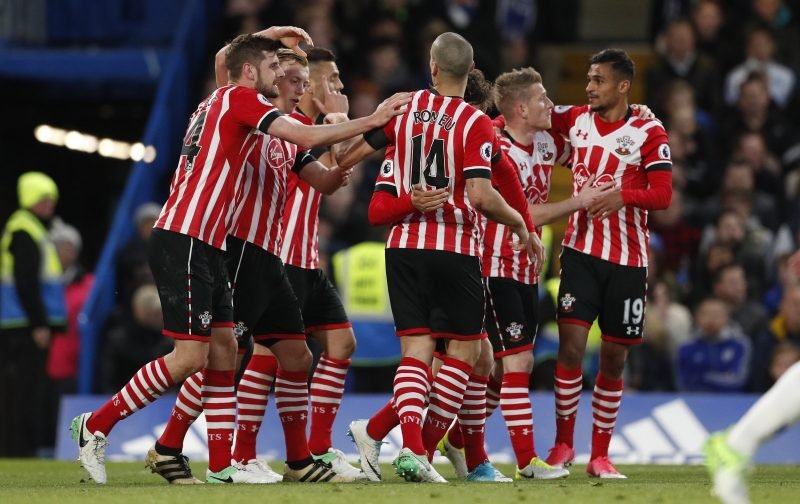 Having beaten title rivals Tottenham in the FA Cup semi-finals at the weekend Chelsea were back in Premier League action at Stamford Bridge on Tuesday night as they hosted Southampton.

Whilst the Saints have little to play for the players and fans will have been keen to see an improvement on their last outing against Manchester City, as well as on their wretched record against the top six so far this season, having not beaten one of them so far.

With the clash being the only Premier League game scheduled for Tuesday night, thanks to Sky Sports, they rolled out Martin Tyler to commentate in west London alongside former Sunderland and Manchester City striker Niall Quinn.

Chelsea, looking to make the gap atop the table seven points with a win, were of course the main story on the night, however, for many Saints fans watching on the south coast, they felt Claude Puel’s side had almost been ignored entirely, and let rip at the commentators on Twitter…

Reckon Tyler & Quinn will be out warming up in a minute. They’re subs for Chelsea. They must be. Bias as they come #saintsfc

Great, now Sky Sports are going to bang on about John Terry for the rest of the game #saintsfc

Kante class, but contrary to Sky Sports, does commit fouls. Part of his game in his position #saintsfc #cfc

& Please …. can someone shut Niall Quinn up