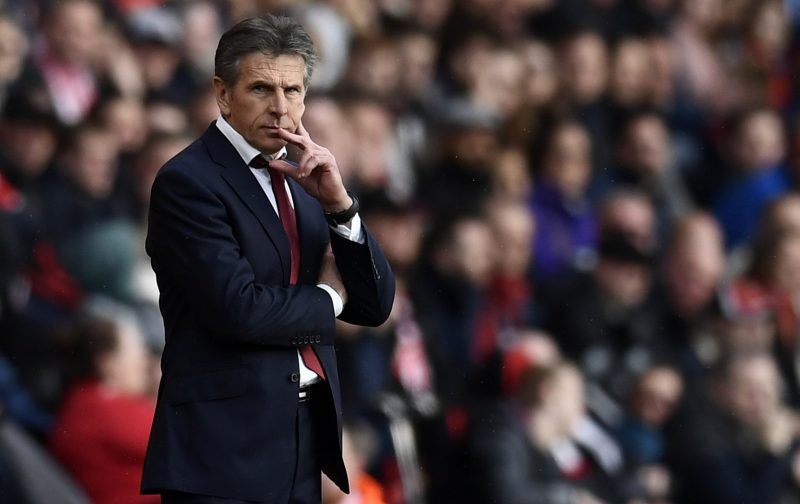 If there’s one manager in the Premier League – other than perhaps Antonio Conte and Mauricio Pochettino- whose job seemed completely secure than surely it would be Southampton manager Claude Puel.

After guiding the Saints to a cup final and a current standing of ninth in the Premier League, Puel should be revelling in the adulation of the fans and the players but that doesn’t seem to be the case.

Stories of dressing room unrest coupled with a recent dip in form – some sections of the St Mary’s crowd booed the team off after last weekend’s goalless draw with Hull City- mean that all of a sudden Puel is feeling the pressure.

With the Saints having a terrible record against the top six this season – and three of them left to play, Southampton’s position is looking more precarious, it’s now not beyond the realms of possibility they could finish as low as 16th.

Saints fans have taken to social media to share their thoughts on the manager:

@JPW_NBCSports He probably deserves another season, but my gut’s telling me Saints should move on. Garry Monk? #saintsfc

Wouldn’t particularly say Puel needs to lose his job based on the season. However, if he’s lost changing room, could be untenable #saintsfc

Some fans are obviously not happy unless there is an end of season meltdown, talking of sacking Puel. #SaintsFC

I genuinely feel quite sorry for Puel, he seems a genuinely nice guy. However, I feel it might be best for both parties if he goes #SaintsFC

Why wait until the end of the season to get rid of puel? What’s the point in giving him more time to demoralise & fall out with players?