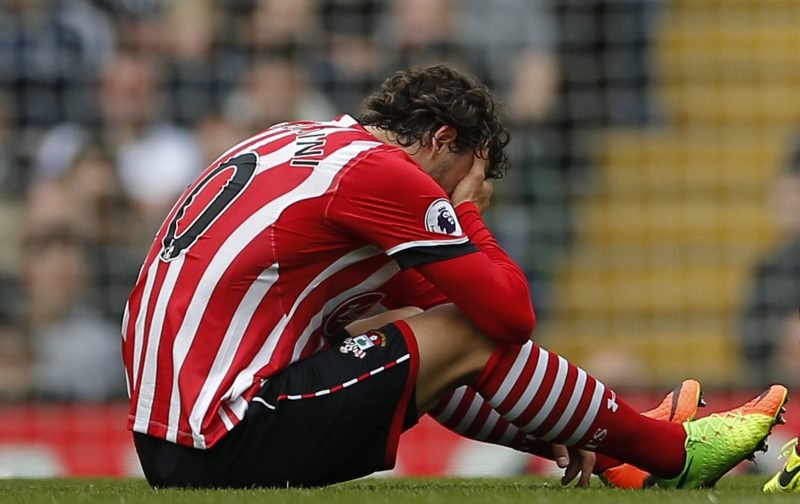 Sitting ninth in the Premier League mid-April is hardly a bad season for Southampton and with a Wembley final also under their belt during the campaign, Claude Puel’s team have a lot to be proud of, although Saturday’s 3-0 home loss to Manchester City isn’t one of them.

The visitors took control of the game in a second half 25 minute blitz which saw them score three in succession as Pep Guardiola’s men ended Saints hopes of three successive wins under Puel for the first time.

Some fans were left unimpressed by Fraser Forster’s weak save during Vincent Kompany’s opener but as Leroy Sane and Sergio Aguero added more it became academic.

Much of the talk after the match centred on whether Puel was right in bringing the prolific Manolo Gabbiadini off on the hour mark, a decision which appeared to produce boos among some of the St Mary’s crowd.

Here’s how fans on social media reacted to their striker being subbed:

Amazes me how some think Gabbiadini had a bad game, as a striker you need service, he got very little, blame midfield if anyone #saintsfc

@firelakeco He was starved of the ball, what was he supposed to do?!

@jase1962 EXACTLY – when he did receive it, he made good touches and brought others into play, Puel’s first mistake was taking him off

@firelakeco @jase1962 I watched him and couldnt fault him. Tracked back lots
The one time he got the ball he found man & it should have been a goal. Hes top draw.

Anyone who booed the Gabbiadini substitution is a mug, he hasn’t played for ages #saintsfc

Gabbiadini should have stayed on, always got a chance to score when he’s on the pitch #SaintsFC

@KingslandCorner Yep it mystified me- he didn’t get any service and needs to be looked after. Can’t believe Kompany got away with his tricks#armwrestle

@KingslandCorner Ahhh got ya. Yeah looked sharp enough but off for the greater good. Bad day at office.