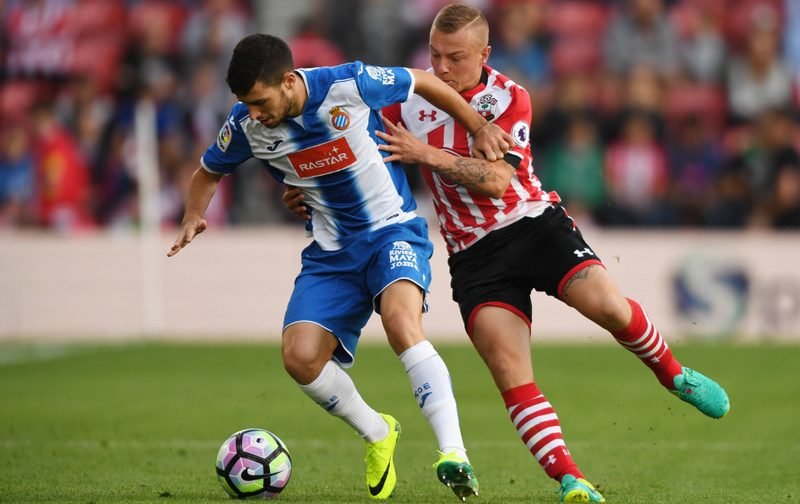 Southampton midfielder Jordy Clasie may secure a loan move to Serie A giants Lazio this summer, according to Correire dello Sport (via talkSPORT).

The Dutch international only made 12 Premier League starts under Claude Puel this term, and only a few others in the Saints’ cup excursions somewhat demonstrates that he is not in the Frenchman’s first team plans at present.

And with just 48 appearances overall for the South Coast outfit since his move from Feyenoord back in 2015, it hasn’t been the start to life in England that the 25-year-old would have been hoping for.

However, he may well get a chance of regular football next season as Italian outfit Lazio, who finished fifth in Serie A this term, are reportedly considering a loan move for Clasie this summer.

And news of Lazio’s reported interest in the Saints midfielder stimulated quite a response from Southampton fans on Twitter, with many hoping that the club do not allow him to move on this summer, albeit temporarily, as many feel that he has much to offer the side in the coming campaign…

I would be annoyed we loaned him out. Still think he is a decent player that wasn’t given a fair chance last season.

Like all our midfield, under instruction to sit deep and pass back or sideways. Wouldn’t want to see him leave especially on loan

Would be ridiculous to loan him, we need depth in the squad and if we loan him, You can almost guarantee we won’t buy another player

I knows it will only be on loan but I think jordy clasie is one of our most underrated player! #saintsfc

I’d be upset if Clasie leaves this summer. Wasn’t given a chance by Puel really, when he played he performed well. #saintsfc