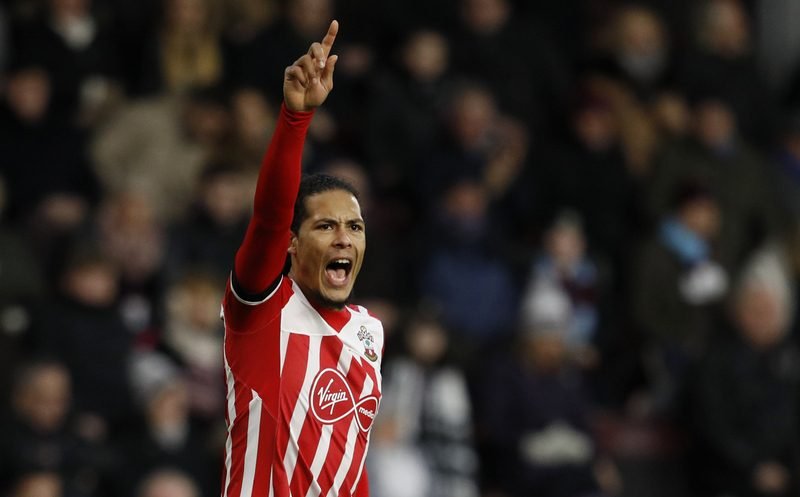 Premier League outfit Southampton have stamped a £70 million price-tag on star defender Virgil van Dijk to fend off interest from the likes of Chelsea, Liverpool, and Manchester City, according to The Sun.

The 25-year-old centre-back moved to St Mary’s back in 2015 after impressing north of the border at Scottish giants Celtic, and although he took some time to adapt to the Premier League, he soon showcased his talents with a string of impressive performances.

And he carried that form into this campaign, and prior to suffering a season-ending injury against Leicester back in January, the Dutch international was arguably the best defender in the league, and a key reason for the Saints’ fine defensive record.

And it was these recurrent displays at the heart of the Southampton backline which have attracted intense interest from the upper echelons of the Premier League, with Pep Guardiola’s City, Antonio Conte’s Chelsea, and Jurgen Klopp’s Liverpool all linked with a summer move for van Dijk.

Yet they will reportedly have to stump up a staggering £70 million if they are to lure the 25-year-old away from St Mary’s this summer, a fee which if met would make van Dijk the most expensive defender in world football, overtaking the £50 million Paris Saint-Germain spent on David Luiz back in 2014.

And whether that figure is enough to fend off the aforementioned trio remains to be seen, but what is clear is that Southampton will put up a serious fight to keep their prized asset at St Mary’s.