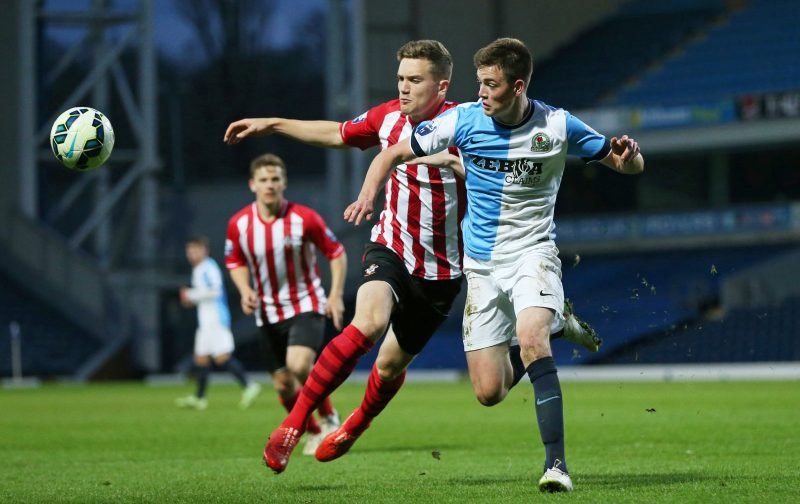 Premier League outfit Southampton have placed a £7 million price-tag on Aston Villa target Sam Gallagher, according to reports (via The Birmingham Mail).

The 21-year-old spent the entirety of the 2016/17 season on loan at Championship side Blackburn Rovers, and scored 12 goals in 47 appearances in all competitions but was unable to keep Tony Mowbray’s side in the second tier.

The forward hasn’t played for the Saints since 2014, instead spending time on loan at MK Dons and then Blackburn, and although Claude Puel’s side have struggled in front of goal this term, he doesn’t appear any nearer to a first team chance.

And this has attracted interest from several sides around England, with Steve Bruce’s Aston Villa the reported front-runners for Gallagher as they look to build for their second season in the Championship.

Yet it has been reported that they will have to stump up £7 million to land the 21-year-old hotshot on a permanent deal this summer, a figure seemingly in line with how well he acclimatised to the Championship this term.

Villa boss Bruce will be under pressure to lead a promotion push at Villa Park next season following their indifferent first campaign in the second tier, and a proven goal-scorer like Gallagher could be exactly what they need to challenge at the top of the Championship table.