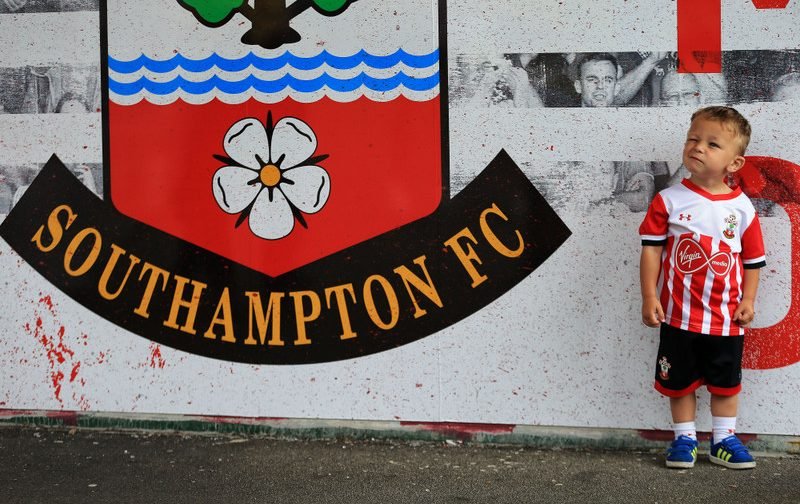 Having already showcased the talents of Southampton youngster Will Smallbone, today we turn our attentions to fellow Saints starlet Callum Slattery.

Gareth Bale. Theo Walcott. Alan Shearer. They all have one thing in common. They have all graduated through the prestigious Southampton academy.

For Les Reed, the next objective is to find the next golden star of British football. After the Saints Under-18’s impressive performance in the FA Youth Cup against Manchester United, there could be many progressing through the ranks at Stapleton.

Look through the list of emerging youngsters and one name stands out, 17-year-old Slattery.

Having already proved himself at Premier League 2 level and having attracted the interest from clubs such as Arsenal, the England youth international can Shoot for the Stars.

Despite the attacking midfielder attracting the headlines on the South Coast, Slattery resonates from Kidlington, a small Oxfordshire village of approximately 13,000 people. He always had an interest in football. Thankfully, he was quite good at it.

As an infant, he had already attracted the attention of some of England’s greatest clubs. He started his academy career with Chelsea. By the age of eight, however, he was on the move again. This time it was a trip to Southampton on the cards.

As one famous graduate began to make his name on the English stage, one was only just beginning his footballing career. Week by the week, he would make the 70-mile trip to the South Coast, as he began to adapt to the “Southampton way”.

It would take time. It would take effort. But, one day he could just emulate the greatness of past Saints academy graduates, such as Bale.

Determination is something Slattery has never lacked. While playing on his front garden (perhaps to the annoyance of his academy coaches), Slattery developed. He tried to watch as much football as possible also, with one of his idols being current AFC Bournemouth loanee Jack Wilshere (if that doesn’t make you feel old, nothing will) due to the Luton-born midfielder’s box-to-box approach.

Slattery progressed through the Saints academy rapidly. At the age of only 13, he was part of a Southampton youth side who featured against another club renowned for producing the best youngsters the world has seen, Real Madrid.

By 15, he was already playing Under-18 fixtures for the Saints. It was at this point where Slattery experienced one of his career highlights as of yet, when he netted the winner in a 2-1 victory over West Ham United at St Mary’s in the third round of the FA Youth Cup.

The Saints would eventually be eliminated at the fifth-round stage, losing to a Leicester City side who would reach the semi-finals of the competition.

Slattery’s progress was immense; that season he made 25 appearances for the Under 18’s side. It led to a professional contract being awarded to the then England Under-16 captain in June of that year.

After making his development squad debut last December in a tie against Tottenham, Slattery has become a regular for the Saints Premier League 2 side this campaign, featuring against the likes of Chelsea, Manchester City and the club that tried to sign him, Arsenal.

But, if you had to choose a highlight of the year so far for Slattery it would come on a cold Wednesday night at St Mary’s. It doesn’t sound that advertising. For Slattery, however, it was one of the proudest night’s in the youngster’s career; as he netted and recorded an assist against League Two outfit Crawley Town in the EFL Trophy.

With Slattery being aged only 17-years-old, it seems only a case of when instead of if, he makes the grade at Southampton.

In years to come, could the attacking midfielder’s name be branded as the next big star of this admired academy?