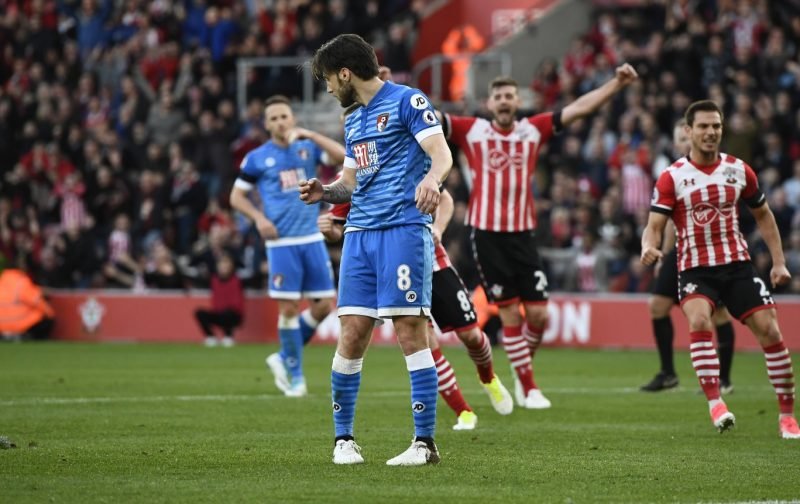 It was a case of what could, or really should, have been for Eddie Howe’s Bournemouth as they headed to Southampton in search of their first ever away win against their local rivals.

The Cherries should have taken all three points when, late in the second half, Harry Arter stepped up to the penalty spot after Ryan Fraser was brought down in the box. His effort could not have been further from the mark after the midfielder slipped as the turf gave way underneath him and Claude Puel, who had seen his side spurn countless chances all evening, could breathe a sigh of relief.

The game dubbed by one paper this week as the ‘New Forest Derby’ got off to a lively start when, with just three minutes on the clock, Dusan Tadic – in need of a big performance after his recent demands for more game time from Claude Puel – forged a golden chance to make his point going one-on-one with former Saints stopper Artur Boruc, only to spurn his effort high and wide.

The Serbian, however, was clearly up for this one – quickly putting Jay Rodriguez through on the counter with a smart ball which, unfortunately for the one-time England international came to nothing, before seeing another effort of his own slide wide.

It wasn’t long before the Saints had the ball in the net as Rodriguez, at the second time of asking, stabbed a one-on-one home, only to see the assistant’s flag raised for offside. 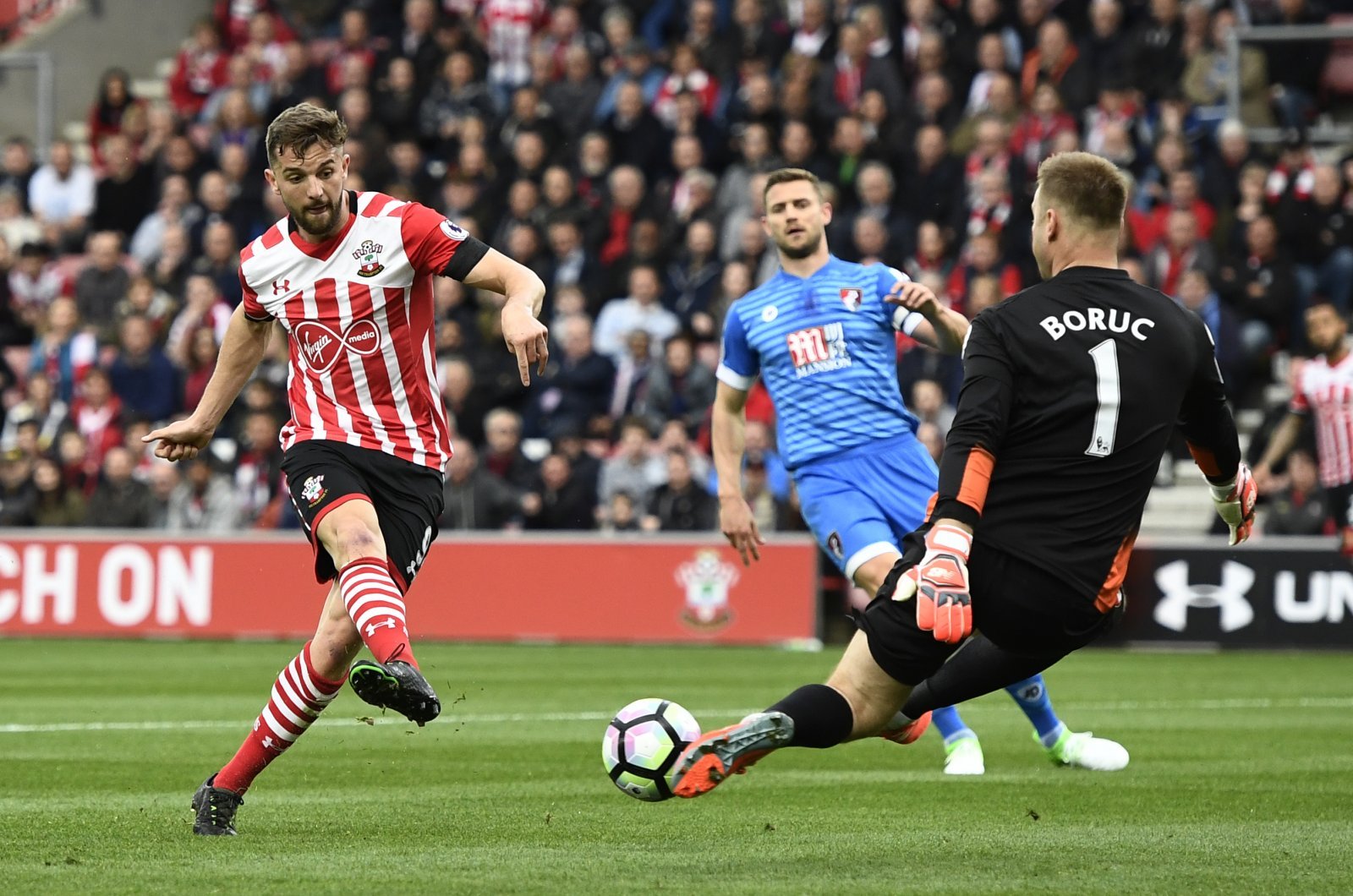 After the disallowed goal, the first half went on with little incident until Steven Davis was called into action, having to clear former Southampton midfielder Andrew Surman’s close range effort off the line.

That goal-line scare seemed to wake Puel’s side again as they went in search of an opener. They were close as well when a fine passage of play resulted in Cedric Soares’ cut back finding Tadic in space, however the playmaker had to watch on as his shot clipped the outside of the post.

With just a couple of minutes left to go in the first half, Rodriguez was once again unlucky not to have his name on the score-sheet when his powerful volley was kept out by a diving Boruc.

The second half went along a similar line to much of the first for the opening 15 minutes, before Benik Afobe slid a seemingly unmissable chance wide of Fraser Forster’s goal. 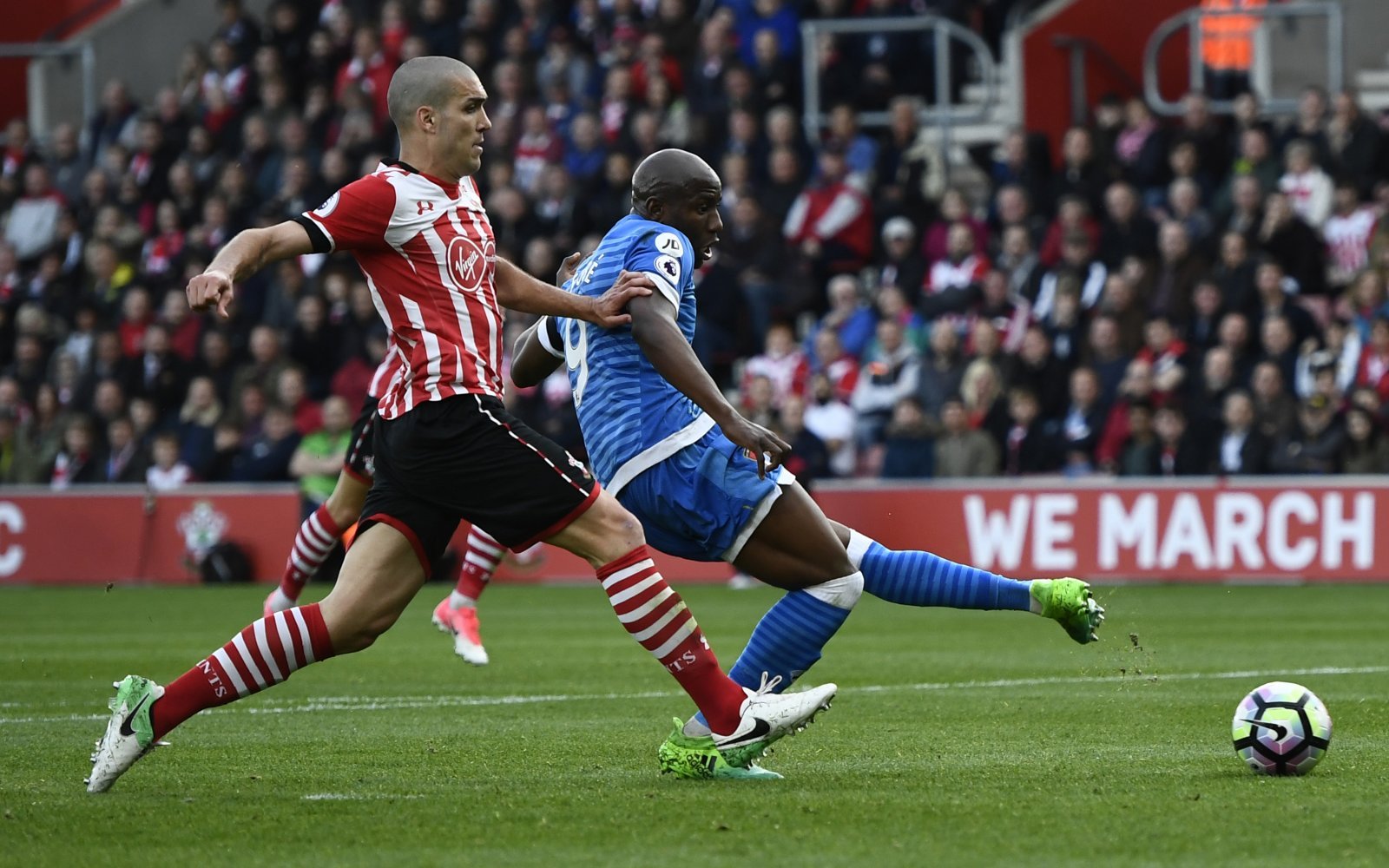 Seconds later and the Saints had the chance to make the Cherries pay for their mistake as Boruc parried Nathan Redmond’s long-range effort back into danger, however James Ward-Prowse couldn’t get his shot on target.

With a double change introducing Sofiane Boufal and Shane Long, Puel looked to pile on the pressure and should have seen his side ahead when the latter was played in behind the Bournemouth back line only to fire wide of the far post, another chance missed.

It was then the visitor’s chance to rue their miss as, after Adam Smith’s shot cannoned back off the post, the Cherries failed to make anything of a number of scrappy chances in the goal-mouth before Dan Golsing’ looped a shot over the bar.

With little over ten minutes to go, the three points were in Bournemouth’s lap when Ryan Bertrand was penalised for a pull on Ryan Fraser in the box. Harry Arter, who was introduced just after the break having started on the bench, stepped up and sent his effort well over the bar after his standing leg was sent sideways as the turf fell apart to the delight of the home fans.

That miss sparked a fiery last ten minutes however, the Saints were ultimately made to pay for a whole host of missed chances as Manolo Gabbiadini watched on from the stands.

The draw means the Cherries are now into double figures when it comes to points picked up on the road this season and are all but safe from the drop, whilst having returned from home after a near two month absence, Puel’s side will be looking to make more of their encounter with Crystal Palace here on Wednesday night.

Here are FIVE things we learned from Southampton v Bournemouth…