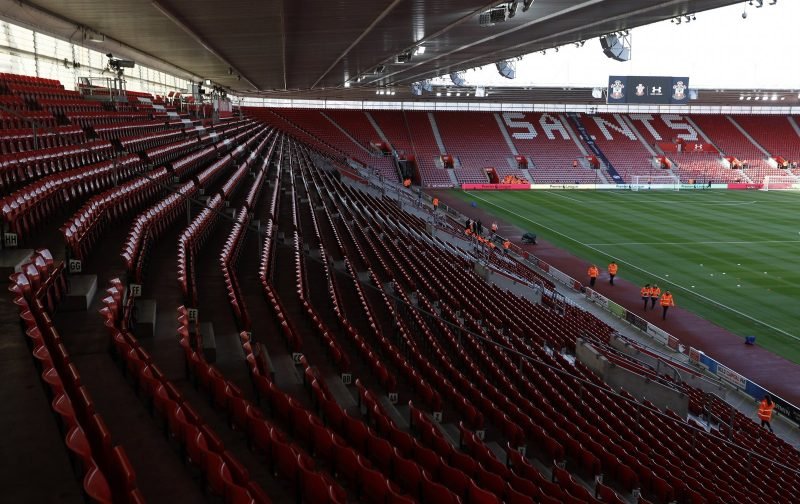 Here at Shoot!, we are always on the look out for the next superstar to keep you the fans in the know about footballers that could go on and become some of the best in the world.

And today is no different as we head to the South Coast to St Mary’s, a place which has produced it’s fair share of young, up-and-coming talent over the past few years.

The likes of Gareth Bale, Theo Walcott, Adam Lallana, and Luke Shaw have all graduated through the youth ranks at Southampton, going on to play for some of the biggest of the clubs in the world, and winger Nathan Tella could be the next ‘big-thing’ coming out of the club.

The 17-year-old moved to St Mary’s at the end of March after a successful trail at the club, having been informed by Arsenal that his contract wouldn’t be extended come the end of the campaign.

Tella spent ten years at the Emirates but failed to make a single first team appearance in that time, although did net once in nine appearances for the Gunners’ Under-18 side this term, scoring the crucial third in their 4-2 victory over North London rivals Tottenham back on October 1.

The tricky winger named Gunners legend Thierry Henry as his hero growing up, and said that he tried to learn from former Saints midfielders Theo Walcott and Alex Oxlade-Chamberlain in a bid to improve his game.

And he certainly shares traits with the aforementioned three, given that he is excellent on the ball and enjoys taking defenders on, while he is quick and agile and always on the front foot.

However, a move to Southampton is likely to do him good given their track record of developing young talent, and he’ll surely look to former Gunner Olufela Olomola as inspiration for a rise at St Mary’s, given that he left Arsenal in 2014 for the South Coast, and this season made his senior debut in their League Cup win over Sunderland in September.

Tella clearly has potential, and if there is any club who can get that out of him over the coming years, it’s Southampton, so keep a very close eye on his development over the next 18 months or so, as the Saints could be about to unearth another gem!