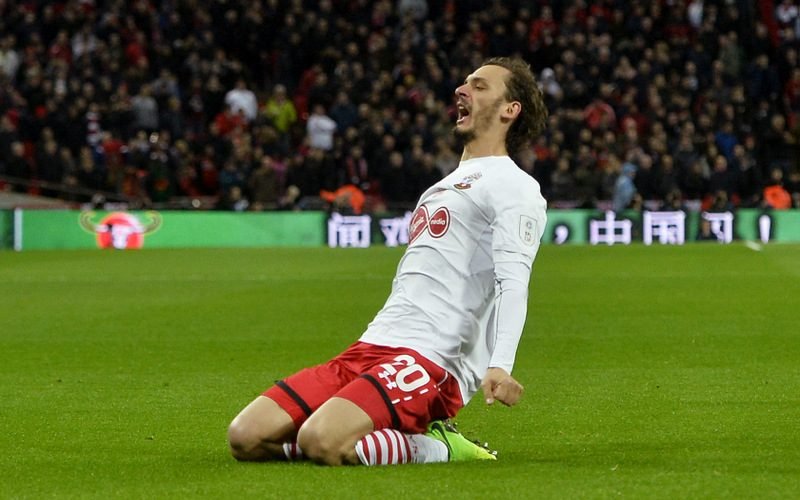 More than a few eyebrows were raised when Southampton paid £14 million for Italian international Manolo Gabbiadini in January.

The forward has enjoyed a patchy goal-scoring record in previous seasons, but the start to his Premier League career has earned praise from Saints manager Claude Puel, reports BBC Sport.

After bagging a brace in the League Cup final against Manchester United last week (as well as one incorrectly ruled out for offside), Gabbiadini was back amongst the goals this weekend, scoring as the Saints clinched all three points in a seven-goal thriller against Watford at Vicarage Road.

It means that Gabbiadini has now scored six goals in his first four games since his move to St Mary’s, and Puel gave him huge credit following the 4-3 win for his side on Saturday.

The Saints boss noted: ‘It was important to find a player [in Gabbiadini] who can give the team a good efficiency, a clinical edge.

‘It is interesting for the confidence of the team and other strikers.’

Southampton’s next game is a trip to White Hart Lane to face Tottenham on March 19th, as Puel’s side look to capitalise on their star striker’s form and secure a fourth successive finish in the top half of the Premier League table.