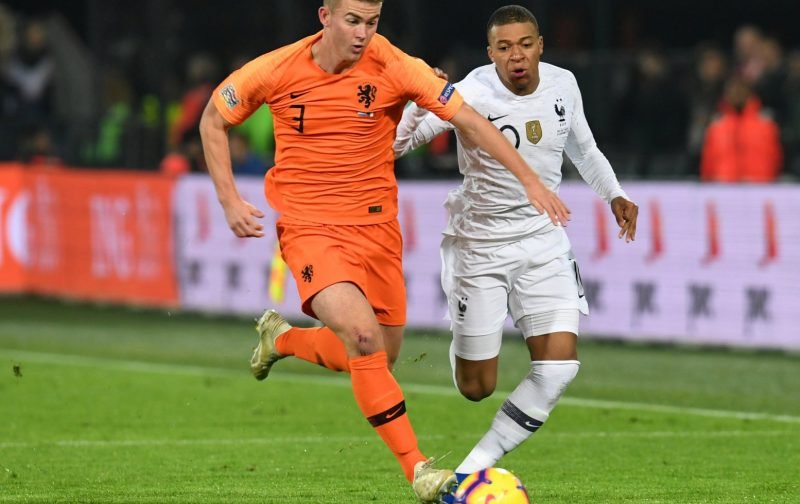 Tottenham Hotspur and Liverpool target Matthijs de Ligt looks set to snub a move to the Premier League in favour of Barcelona, according to the Mirror.

The Ajax starlet, who is just 19-years-old, has played 74 times for the Dutch club and has won 11 caps for the Netherlands.

His performances reportedly attracted interest from both Spurs and Liverpool with international team-mate Virgil van Dijk claiming the teenager is on Jurgen Klopp’s radar.

However, it’s thought that the Catalan giants are leading the race for the ball-playing central defender who they view as a good long-term replacement for Gerard Pique.

The Camp Nou club are prepared to pay a world-record fee in the region of £60million for a teenage defender, in order to secure his signature.

A host of scouts went to watch the highly-rated player in action as Netherlands beat world champions France 2-0 in the Nations League on Friday.