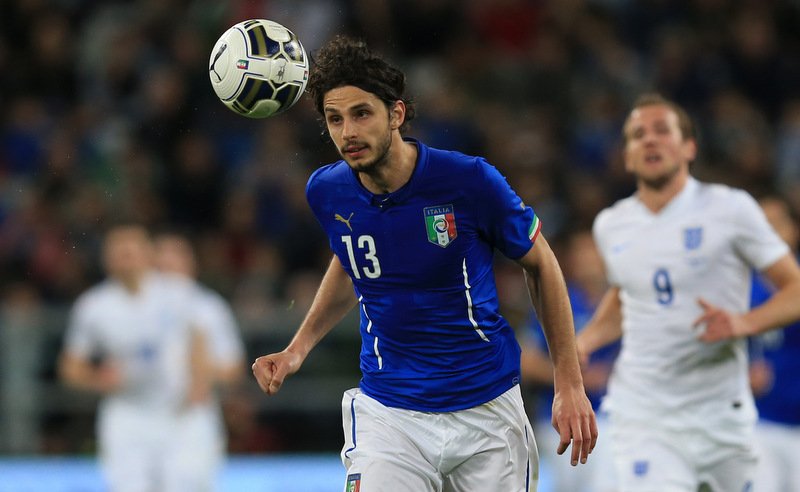 The Standard are reporting that Tottenham are lining up a bid for Inter defender Andrea Ranocchia.

Spurs boss Mauricio Pochettino is anxious over Jan Vertonghen’s injury absence and believes the Italian is adequate cover for the Belgium international.

A number of high profile clubs having shown an interest in the 28‑year-old including West Ham and Hull.

Inter sporting director Piero Ausilio values Ranoccia at £5million and the Italian giants are rumoured to be open to a loan deal for the rest of the season with an option to buy this summer.

As aforementioned, Vertonghen is sidelined after sustaining ankle ligament damage. The central defender will be missing from the Tottenham backline for at least six weeks.

Toby Alderweireld was also substituted with a suspected hamstring injury during Spurs’ 2-2 draw at Manchester City. However Pochettino played down the injury, telling reporters it was simply a precaution and nothing serious.

The North Londoners are likely to be without either centre-back for their FA Cup clash with Wycombe Wanderers on 28 January.