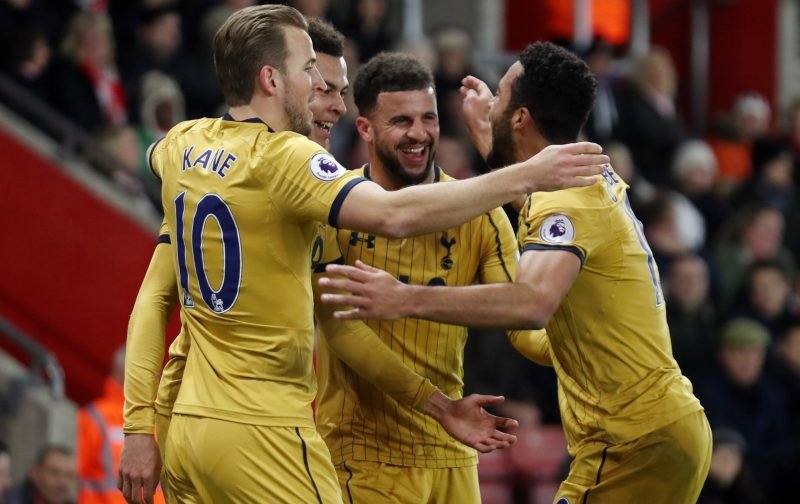 Antonio Conte’s men take on Everton in an earlier kick-off at Goodison Park knowing victory would take them seven points clear at the top, yet Mauricio Pochettino’s Spurs will be ready to pounce should the Blues slip up on Merseyside.

And that’s because Pochettino’s men host Arsene Wenger’s Gunners this afternoon looking to remain unbeaten at home in the division this term having won 15 of their 17 Premier League matches at White Hart Lane, with only Leicester and Liverpool picking up points from their visits.

Victory this afternoon would also make it mathematically impossible for Arsenal to catch Spurs this term, but it’s fair to say that there is some pessimism on social media from Tottenham fans following the announcing of the team news earlier on.

Kyle Walker and Mousa Dembele are both on the bench for the visit of the Gunners, decisions which haven’t thrilled several Spurs fans on Twitter…

@SpursOfficial Walker left out again? And no Dembele hurts us too.

@SpursOfficial Walker and dembele not starting??

@SpursOfficial WHY IS WALKER ON THE BENCH AGAIN??!!

@SpursOfficial WHAT IS THIS THEN???? WHERE IS WALKER