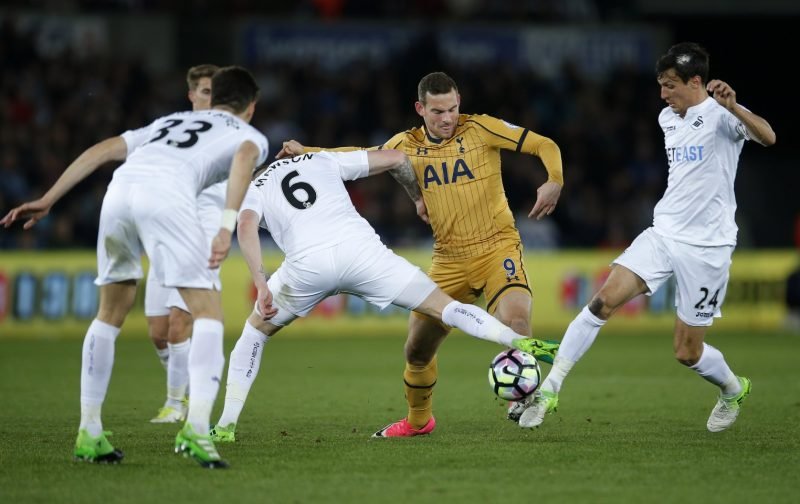 Tottenham host Watford in the early kick-off today (12.30 pm kick-off) knowing that victory would take them to within four points of leaders Chelsea.

However, Spurs have the chance to put the pressure on the West London outfit by beating Walter Mazzarri’s Watford this afternoon, although the Hornets are currently sat tenth in the Premier League table having won their last two matches.

Nonetheless, Pochettino’s men will be confident of registering an 11th straight league win at White Hart Lane this afternoon, as are several of their supporters following news of the starting eleven their team will be putting out today.

Forgotten striker Vincent Janssen makes only his seventh league start of the season upfront after impressing off the bench against Swansea, while goalkeeper Hugo Lloris returns in between the sticks.

And it’s fair to say that news of Pochettino’s starting line-up was well received by many Tottenham fans on Twitter, especially the inclusion of Wednesday’s game-changer Janssen…

@SpursOfficial Happy for @vincentjanssen – Deserves a start. Come on Spurs!