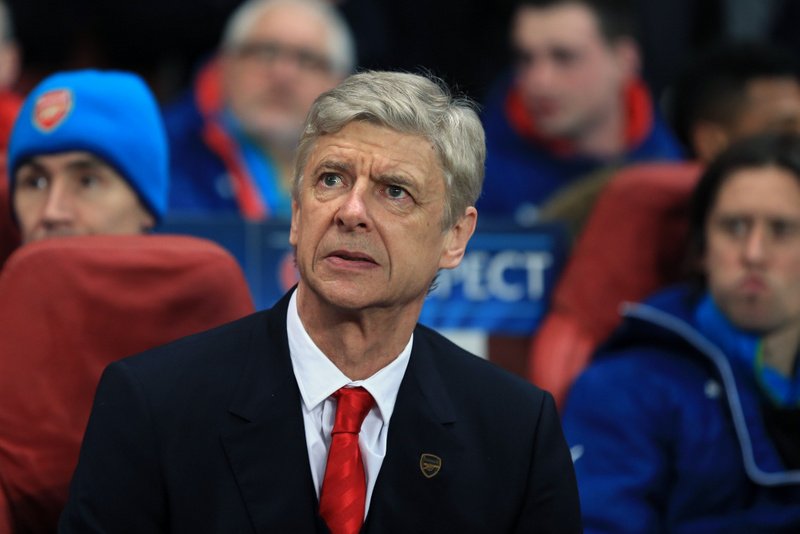 Arsenal have once again been drawn against Bayern Munich in the last 16 of the Champions League following this morning’s draw in Switzerland.

Arsene Wenger’s men beat FC Basel 4-1 in their last group match on Tuesday, and coupled with Paris Saint-Germain’s surprise 2-2 draw at home to Ludogorets, meant that they won their group for the first time since 2011.

However, it doesn’t appear to have made any difference in turning Arsenal’s luck around in the last 16 draw, as they will face Carlo Ancelotti’s Bayern, who finished behind Atletico Madrid in Group D, once again in the first knockout stage.

The Gunners have met the German giants in two of their last four last 16 clashes, and lost both, and were also drawn with them in last year’s group stage, losing 5-1 at the Allianz Arena but winning 2-0 at the Emirates.

Pep Guardiola’s Manchester City will face Monaco in the last 16, who twice beat Tottenham in the group stages, while Premier League champions Leicester face last year’s Europa League winners Sevilla in the next round.

Unsurprisingly, this morning’s draw got many talking on Twitter, but it was fans of Arsenal’s North London rivals Tottenham, who aren’t in the Champions League anymore, who reacted to the Gunners’ horror draw…

However, many Gunners fans appear optimistic about the prospect of meeting the German champions in February…

Arsenal are capable of beating Bayern. Obviously it's an unlucky draw (again), but if you want to win the CL, you've got to beat the best.

Despite the tough draw I have a sneaky feeling about this tie. We'll see how it all pans out..#UCLdraw #afc

In 2006 we had to play real, juve and villereal to get to the final. Bring Bayern Munich on. I'm more confident this year in the Squad #AFC