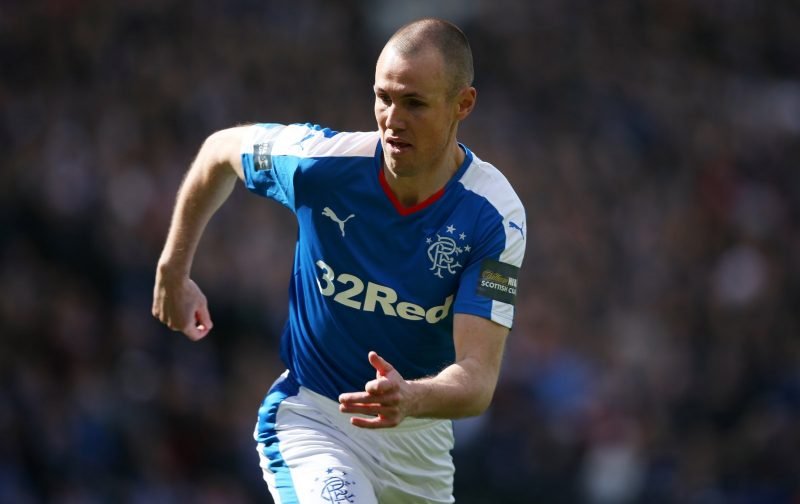 Rangers striker Kenny Miller has spoken out over the sacking of manager Mark Warburton, and admitted the players need to take responsibility for the former boss leaving Ibrox, reports Sky Sports.

The former Brentford manager left Rangers earlier this month amidst accusations of resigning, something he’s denied, instead claiming that the club are lying and that he was forced out.

The Gers are third in the Scottish Premiership having won 12 of their 24 league games, but a run of just one victory in five has seen them fall 27 points behind Brendan Rodgers’ Celtic, who have all but clinched a sixth successive league title.

Whatever the truth surrounding Warburton’s departure, striker Miller feels the players could have done more to help their manager.

The 37-year-old said: ‘I was shocked to see the manager leave given that we had left the training ground on Friday and everything was prepared for the cup tie against Morton.

‘I’ve spoken to Mark since he left. We had a very good working relationship in the 20 months that he, Davie and Frank were here. He wished us all the best and we definitely wish him all the best and thank him for his efforts, as he has had a big role in the way this team plays.

‘But we as players need to realise that we played a part in what’s gone on here because we’ve maybe not performed as well as we could have.’

Celtic’s dominance of the Scottish League this season, which has seen them open up a massive 24 point gap to Aberdeen at the top of the table, heaped the pressure on Warburton who eventually parted ways with the club.

And, regardless of who was to blame, Rangers need to find some stability and a new manager who can get them challenging again.

Garry Monk, Frank de Boer, and Alex McLeish are just some of the names who’ve been linked with the Ibrox job in the past few days.