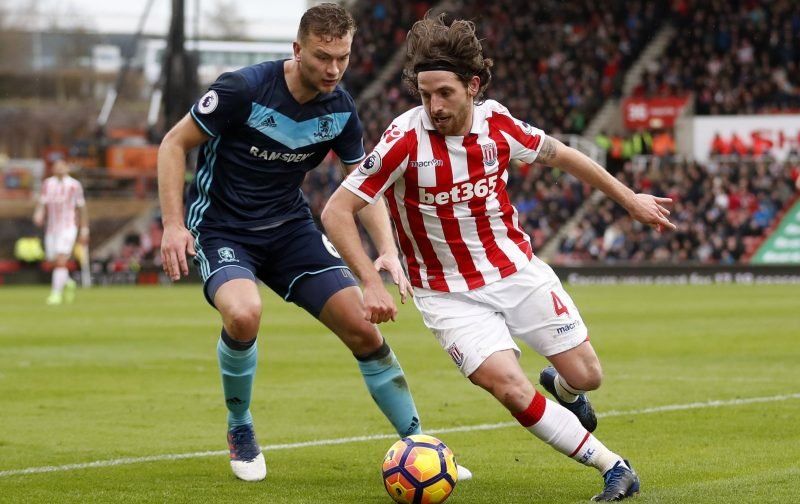 Stoke City midfielder Joe Allen is celebrating his 27th birthday today so from all of us here at Shoot!

The Wales international, who joined his compatriot Mark Hughes at the Bet365 Stadium from Liverpool in the summer, after four years and over 100 appearances on Merseyside.

During his time at Anfield there was much debate over whether or not he was up to the standard expected by Reds fans, however, since making his move to the Potteries, the only debate has been as to whether or not he should be dubbed ‘The Welsh Pirlo’ or ‘The Welsh Xavi,’ we’ll leave that up to you.

One of the heroes of Wales’ European Championship campaign had a superb run in which he bagged four goals in three Premier League outings, deployed as an attacking midfielder by Hughes.

The Potters boss has shown a lot of faith in his summer signing, who seems to have salvaged his career after his time at Liverpool, and the stats don’t lie… 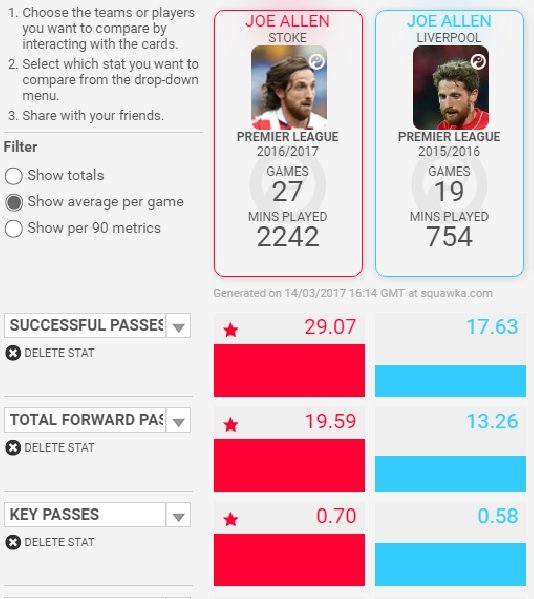 Up next for birthday boy Allen and his Stoke teammates is the visit of runaway Premier League leaders Chelsea, in which the former Swansea man will get a chance to prove his turnaround against the best of the best.