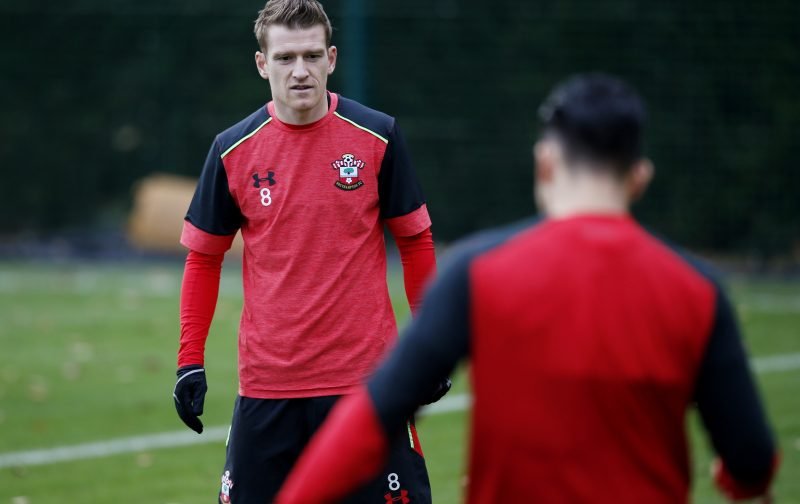 Southampton midfielder Steven Davis has made the side’s ambitions very clear ahead of their EFL Cup semi-final first leg against Liverpool tonight.

The Saints host Jurgen Klopp’s side at St. Mary’s as they look to take an advantage to Anfield at the end of the month and secure a place in the final of the League Cup for the first time since the 1970s.

The Northern Ireland captain, who joined the south coast side from Rangers in 2012 and has made over 170 appearances for the club, is determined to bring some silverware to St. Mary’s.

“It’s something you can tell the grandkids about when you’re older, so it’s a great opportunity. We’re not underestimating the task at hand, how difficult it’s going to be over the two legs, but we’re desperate to get ourselves to a final and we’ll give it 100 per cent to give ourselves the best chance to do that.

“It’s something that we spoke about over the last few seasons, and it was one of our targets at the start of this season, to try to get ourselves to a final and hopefully get some silverware.”

Claude Puel’s side go into the tie off the back of a poor run of results, having lost their last three Premier League games on the bounce before being taken to an FA Cup replay by Norwich, thanks to Steven Naismith’s 92nd minute equaliser, at the weekend.