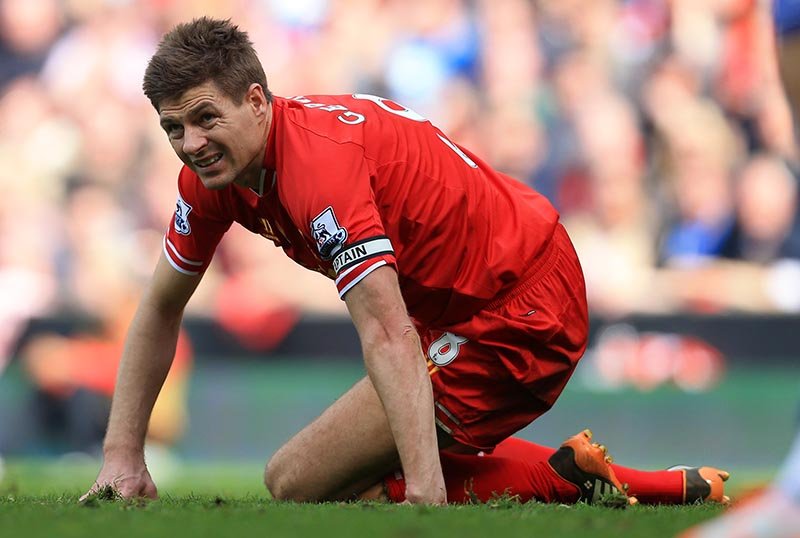 Gerrard was a guest for Manchester City’s 2-2 draw with Spurs and during the post match analysis, presenter Humphrey decided to add to the former England captain’s pain.

Gerrard then compared Chelsea’s current form to his time at Anfield: “We had that at Liverpool when we were favourites to win the title.”

Humphrey then interjected with: “Talking of slips!”

The joke refers to the 36 year-old’s infamous slip against Chelsea in the closing stages of the 2013/14 season. Gerrard lost his feet allowing Demba Ba to bare down on goal and score. It resulted in Liverpool losing out on the league that season.