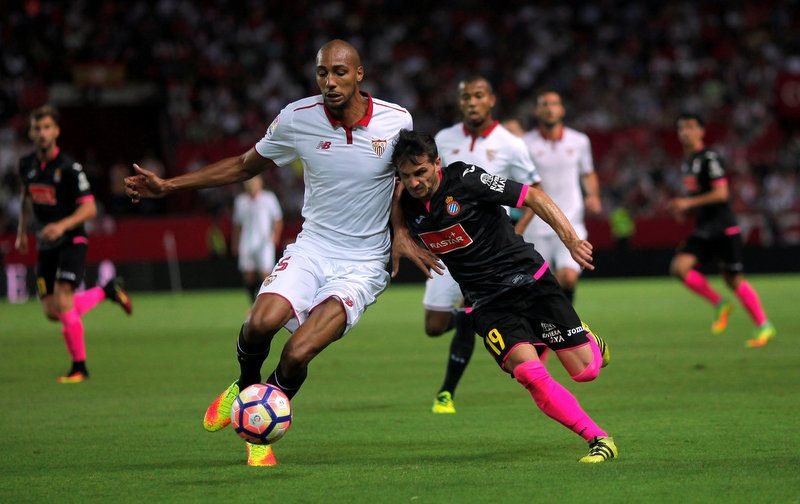 Steven N’Zonzi has ruled out any potential deadline day move back to the Premier League after signing a new contract with Sevilla, via TEAMtalk.

The La Liga outfit, who currently sit third in the Spanish top-flight, just four points adrift of leaders Real Madrid after their opening 20 league games, have tied down the midfielder to a new deal that will keep him at the Ramón Sánchez Pizjuán Stadium until the summer of 2020.

The 28-year-old, who is a former France Under-21 international, has scored three goals and provided one assist in 27 appearances in all competitions for Sevilla so far this season.

N’Zonzi, who has played for Blackburn Rovers and Stoke City in English football previously, was said to be attracting interest from Chelsea, Liverpool and Manchester City.

However, the defensive midfielder has ended any speculation of a return to the Premier League by putting pen to paper on a new deal with the Red and Whites.

N’Zonzi, who scored 11 goals in 195 top-flight appearances for Blackburn and Stoke respectively, won the UEFA Europa League (2016) during his debut campaign with Sevilla.