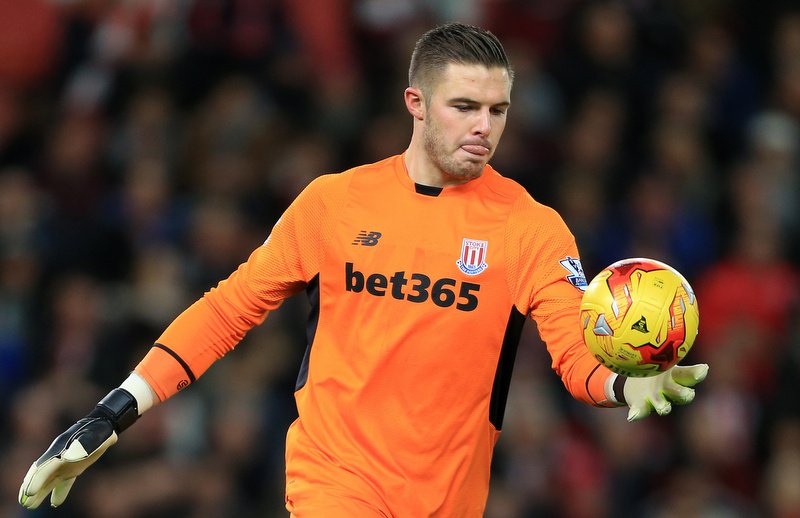 Jack Butland’s return to the Stoke City line up for the first time in over a year wasn’t the happy one he’d hoped for as the Potters went down 2-0 at the Liberty Stadium.

Swansea City’s 2-0 win was their first victory in seven games and leaves Stoke sat in eleventh place in the Premier League having won just two of their last nine games as Mark Hughes’s side are in danger of seeing their season peter out.

While Stoke fans were left feeling disappointed at yet another poor result on their travels – Stoke have now failed to score on six successive away games, their worst run in almost 20 years- the return of their young goalkeeper at least gives them something to smile about as the former Birmingham City player made his long awaited comeback.

Butland has been linked with a move away from the Britannia Stadium but recently quashed rumours of a transfer to Arsenal as the England international looks to focus on getting back to playing regularly.

Here’s how Stoke fans reacted to their number one’s return:

not the result i wanted to return with, but we have 4 games left to show the fans what we are about again and finish this season well

@JackButland_One @stokecity Thank God your back and healthy first game back shrug it off and focus on the next. Keep fighting Jack

@JackButland_One Great to see you again Jack! I’m sure you’ll get a cleansheet next time

@JackButland_One @stokecity Good to have you back, but can you PLEASE tell Coates to sack Hughes? Jesus christ

Two positives from today 1. Jack Butland is back 2. Vale lost and are going down #howdepressing