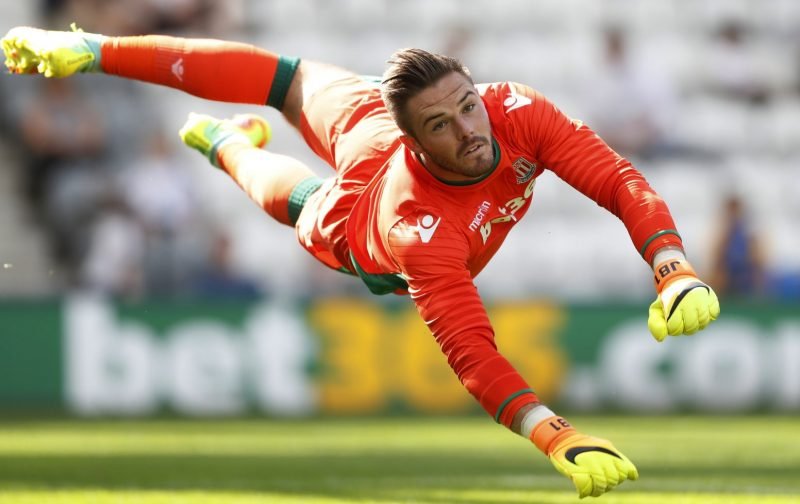 Jack Butland has dismissed stories he could be heading out of the Britannia Stadium this summer and signing for Arsenal according to the latest reports in The Stoke Sentinel.

The Stoke City keeper has only just returned from injury and insists he has no thoughts about moving away from the club to Arsenal or anywhere else as he tries to get back to match fitness and get some games under his belt.

The England international picked up his injury playing for the national side against Germany and has been out of the game for 12 months.

“I just take it as a positive that I’m still thought about in the football world after so long out. But my focus is on Stoke, always has been, and playing well.

“I’m just worried about getting playing again, getting the gloves and boots back on.

“My only focus is playing again for Stoke, getting some game time before the end of the season and hopefully start getting back into the England side as well.”

Gareth Southgate invited Butland to a meeting with the England squad but didn’t call up the ‘keeper for the games against Germany and Lithuania.

Petr Cech has been doing a fine job for Arsenal but is an ageing keeper while Butland represents someone who could be a long term replacement for the former Chelsea man.