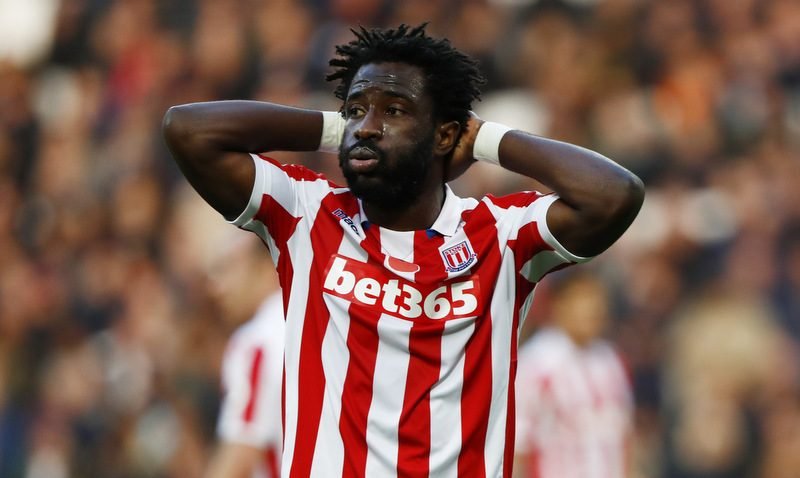 Wilfried Bony has hit out over his lack of regular football as the Manchester City loanee seems destined to play a bit part at the Bet365 Stadium this season, according to reports from the BBC.

The Ivory Coast international joined Mark Hughes’ side in August, but has managed just two goals in 11 games as he has struggled to find the kind of form which made City pay Swansea City £28m for his services in January 2015.

Speaking to the BBC, Bony said, “When you hear everything is fine and you don’t play, it’s crazy.

“It is more than difficult. This is something that I want to know why, the coach told me I’m training very well and my attitude is very good. It doesn’t make sense. It’s painful.”

The striker reportedly turned down a summer move to China last year as he felt he still had a lot to offer the English game and wasn’t ready to drop down a level, despite the offer of more money.

With Stoke City having recently signed Saido Berahino and with Peter Crouch back amongst the goals this season, Hughes looks set to allow Bony to return to the Etihad Stadium this summer, a move which could pave the way for his transfer to China.