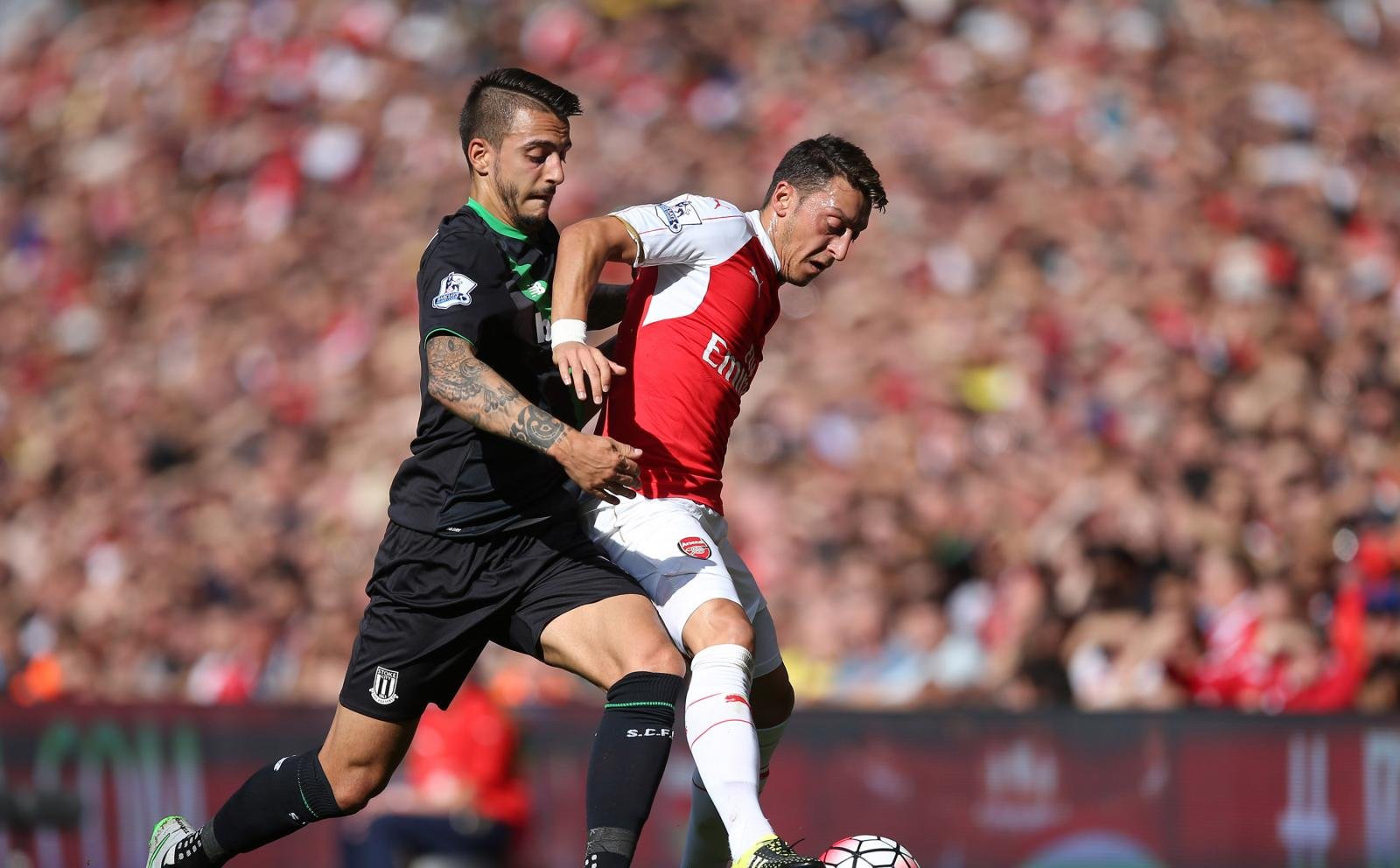 Arsenal travel to European contenders Stoke City with the aim of moving back to the top of the Premier League.

After a win for Manchester City and draw for Leicester on Saturday, the Gunners slipped down to third and need a point to return to the summit.

However, Stoke are candidates for Europa League football and and boast an excellent home record in the Premier League against the North London side.

The Potters have lost just one of their eight meetings against Arsene Wenger’s side in the top-flight at home; a 3-1 defeat in 2010.

Last season saw the Britannia side storm into a 3-0 first-half lead before holding on to secure a 3-2 victory.

Mark Hughes’ men have been impressive in front of their own fans recently too, winning their last two matches against Manchester United and Norwich City.

Arsenal have a respectable away record, winning six of 11 matches, and have recovered well from their humiliating 4-0 drubbing at Southampton on Boxing Day.

The North London outfit have picked up two victories and a stalemate from their three outings since – most recently taking part in a thrilling 3-3 draw with Liverpool at Anfield on Wednesday.

Phil Bardsley and Stephen Ireland could also be involved, but Geoff Cameron (ankle) is out.

Alexis Sanchez could feature for Arsenal after recovering from a hamstring injury, while new signing Mohamed Elneny could also make his debut, most likely as a substitute.