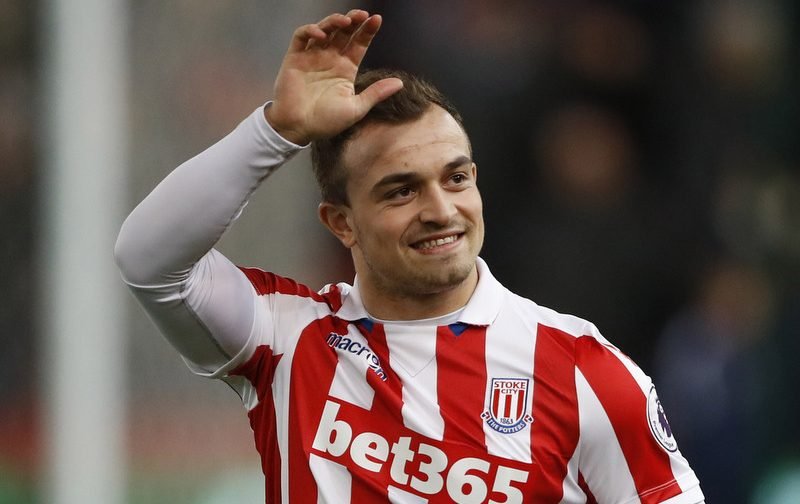 Stoke winger Xherdan Shaqiri is available for this Wednesday’s Premier League clash with Manchester City at the Etihad Stadium after five games out with a calf problem, according to the latest reports by ESPN.

Despite the winger returning to the side, it’s not all good news for Potters fans as boss Mark Hughes admits goalkeeper Jack Butland isn’t quite ready for a return yet.

Hughes is being cautious with shot stopper Butland, who may have to wait until next season for a return to first-team action as Stoke bring him back into the fold slowly.

The England international has been sidelined since breaking his ankle while on international duty almost a year ago, and said on Monday that his fracture has completely healed.

Surgeon couldn’t be happier with my ankle, fracture completely healed and free to progress! Best early birthday present ever

The 24-year-old tweeted earlier this week, “Surgeon couldn’t be happier with my ankle, fracture completely healed and free to progress! Best early birthday present ever.”

Despite having to wait for Butland’s return, Shaqiri’s inclusion in the squad will give the Stoke fans a lift as the mercurial winger has proved himself capable of being a match winner in the past.