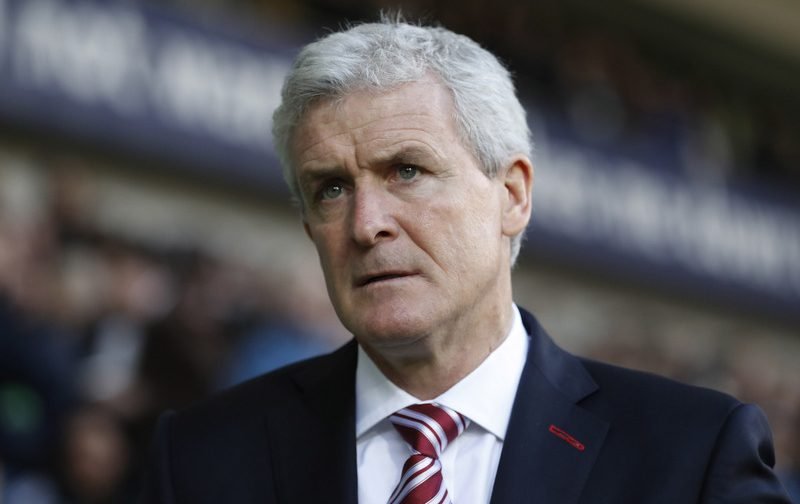 At the beginning of the season many people were full of praise for the job Mark Hughes had done since taking over at Stoke City.

Three consecutive ninth placed finishes was deemed a good return for a club where Premier League stability is never taken for granted.

With Stoke currently one point off ninth place in the Premier League there’s every chance the Potters can still make the top nine although with Southampton having two games in hand while the likes of Leicester City and Watford both have a game in hand, it’s not going to be easy for Stoke to replicate the finish of the last few seasons.

Some people have even questioned whether Hughes really is the right man for the job and whether now is the time for someone with fresh ideas to take over at the Britannia Stadium.

Stoke fans have taken to social media to share their thoughts on Hughes’s future:

Seeing so many tweets about Stoke City, the squad and Mark Hughes.

If you think he’s leaving in the summer, prepare to be disappointed.

@PerrySmith45 @LGH87 I also don’t think he’s going anywhere. Let’s just hope he turns it round if so.

@thomasfildes I’m busy organising my campaign for Zdeněk Zeman as the new Stoke manager when Hughes is sacked at the end of the season.