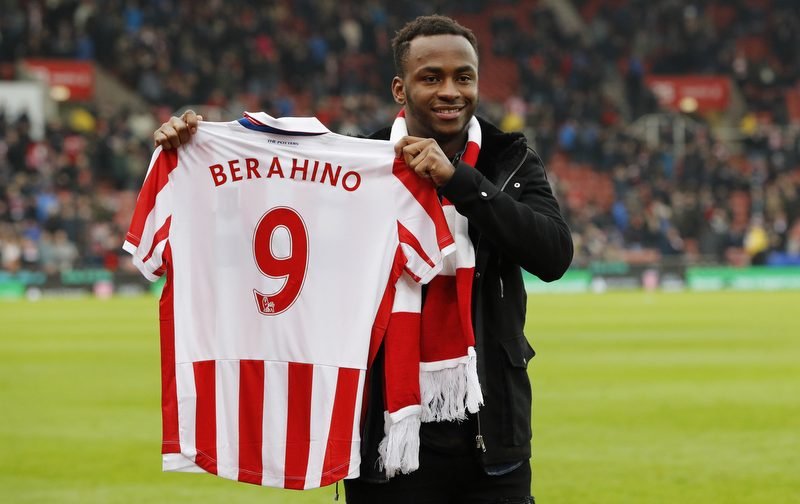 Saido Berahino seems to be one player who can’t keep himself out of the headlines even after he finally completed his protracted transfer from West Bromwich Albion, with stories then emerging the striker had failed a drugs test during his time at the Hawthorns, the timing of the leaks angering Mark Hughes according to reports in the Telegraph.

Hughes felt the Baggies not only withheld information about Berahino failing a drugs test for MDMA, but also that they were behind the news being made public once the striker had completed his move, a claim echoed by Stoke’s Ryan Shawcross.

“We need to get him focused on the game and in the next couple of seasons he’ll be scoring a lot of goals.

“So I was disappointed with the stories [about the ban] coming out the day before, which were obviously no coincidence. Someone from West Brom’s side must have been speaking to the papers and I was very disappointed with that. I didn’t think it was needed.”

Under FA rules anyone banned for recreational drugs, as Berahino was for eight weeks, doesn’t see their ban made public.

It’s not just Shawcross who was upset by the handling of the situation, manager Mark Hughes aired his frustrations in the post-match press conference following Stoke’s recent trip to the Hawthorns.

“We knew about the [drugs ban] situation through Saido’s people and others but West Brom did not tell us until we told them that we knew about it.

“There was some talk that they made us fully aware of the situation but they did not.”

Hughes won’t have been a happy man this weekend after seeing the man he replaced at Stoke City walk away with all three points as West Bromwich Albion won 1-0, to add further insult to injury Tony Pulis disappeared down the tunnel without the obligatory handshake following his side’s victory. It seems Berahino may have been at the root of that particular feud as well.