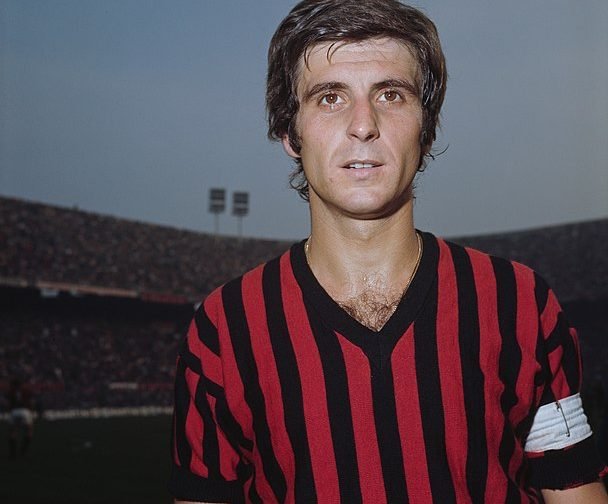 For many, the year 1969 evokes memories of watching Neil Armstrong and Buzz Aldrin becoming the first humans in history to walk on the moon, or perhaps bidding farewell to the Beatles as the fab four made their final live appearance on the roof of Abbey Road Studios in London.

But for young football fans in the UK at the time, 1969 will be remembered as the year that Shoot magazine was launched.

For over 30 years, Shoot was one of the country’s most popular football magazines and, at its peak, had a weekly circulation of 120,000 in 1996.

In 2001, the magazine transitioned from producing weekly to monthly editions, before turning online-only, with annuals, in 2011.

Shoot’s significance in UK popular culture should not be overlooked, which is why we are recreating one of the magazine’s best-loved features – ‘Story of a Star’.

Starting with 1969 Ballon d’Or winner Gianni Rivera, our trips down memory lane will take a look at the careers of stars of the 70s, 80s and 90s.

STORY OF A STAR – Gianni Rivera

Gianni Rivera was born on August 18, 1943 in Alessandria, northern Italy.

Age 13, while playing for local side ASD Don Bosco, he was scouted by Alessandria who, at the time, were playing in Serie A.

After becoming the third-youngest player in Serie A history, and then second-youngest goalscorer after netting against Sampdoria in October 1959, Rivera attracted the attention of northern neighbours, AC Milan.

The playmaker made his debut for the Rossoneri in an away win over his former club in the Coppa Italia and later scored his first goal for the club in a 4-3 victory against fellow northern giants, Juventus.

Despite still being in his late teens, Rivera was entrusted with the number 10 shirt, which had previously been worn by Nils Liedholm – the Swedish playmaker who won four Scudettos with Milan.

After a promising first season in Milan, in which Rivera won the Scudetto and scored 10 goals under new manager Nereo Rocco, the teenager’s career reached new heights during the 1962/63 campaign.

On the back of featuring for Italy in the 1962 World Cup, the diminutive playmaker helped his side to victory in the European Cup final and assisted both goals in the 2-1 win over Benfica.

Dubbed the ‘Golden Boy’ by the Italian media during his early years at Milan, Rivera was runner-up to Lev Yashin at the 1963 Ballon d’Or awards for his key contribution to Milan’s European triumph, and finished in the top 20 of the competition in 1964, 1965 and 1967.

After boss Rocco left for Torino in 1963 and Giuseppe Vianni took charge, Milan’s form failed to hit the heights synonymous with the Italian’s tenure.

But in 1967 the pair were reunited as Rocco returned to the San Siro. Rivera, now aged 25 and with over 200 Milan appearances under his belt, would go on to be emblematic of Rocco’s triumphant second reign at the club.

The strong relationship between Rocco and Rivera was key to Milan silverware haul of the late 1960s and early 1970s, in which the northern club won two Coppa Italia titles, a Scudetto and a European Cup.

At the time, in which he also helped Italy win Euro ’68, he was widely regarded as the best midfielder in the world for his intelligence going forward and ability to spot passes other players could not.

Rivera’s orchestrating appearances in Serie A and on the European stage culminated in him winning the 1969 Ballon d’Or – becoming the first Italian-born player to do so.

The former Alessandria man enjoyed further success at the 1970 World Cup, where he scored the winner in the Azzurri’s 4-3 semi-final encounter with Germany, before Italy went on to claim their third tournament victory.

After Rocco’s departure in 1973, Rivera went on to spend a further six years with Milan and won the final Scudetto of his career in 1979 – the year of his retirement.

Finishing his playing days with a total of 527 appearances and 128 goals, Gianni Rivera did and still goes down as one of the finest ever footballers there has ever been.