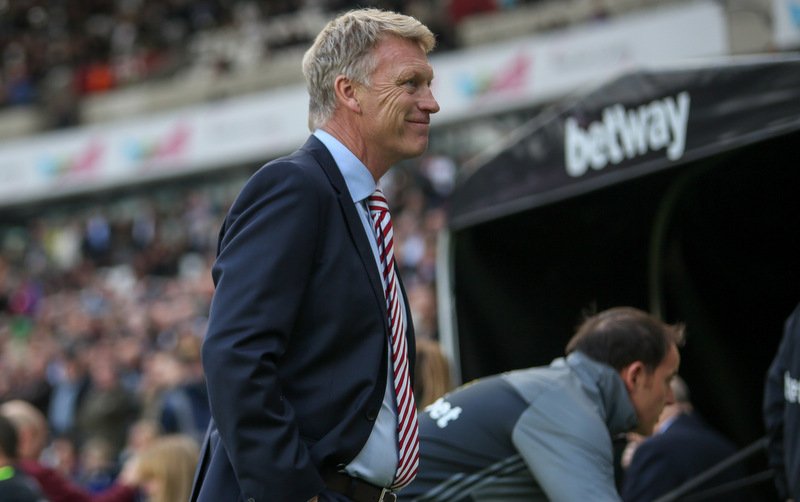 The term “from bad to worse” could almost have been coined by David Moyes this season as just when the Sunderland boss puts one devastating blow behind him another one rears its ugly head with the Tuesday’s loss to Leicester adding more misery to the Black Cats’ boss.

Moyes was still dealing with the fallout from his recent comments to a BBC journalist which have launched an FA probe and brought a public admonishment from his club, when he took to the dugout for the game at the champions but if he hoped his side were going to give him something positive to think about he was gravely mistaken as Leicester ran out comfortable 2-0 winners.

The result now leaves Sunderland eight points from safety having lost five and drawn one of their last six games during a poor run of form which has now also seen them lose back to back away games.

“It’s desperate now. I felt that we had to win one of these two games away from home. I think the boys have given a good go at it.

“There’s no faulting them, they’ve done everything they can, we’ve just been lacking that bit of quality, or bit of defending when we needed it.

“They’ve been here before, we’ll keep going again, and it’s still within our hands to stay up. And we’ll try and make sure that we do that.”

Fans have been giving their reaction on social media to Moyes comments as Championship football edges ever closer for their club:

That’s the issue Moyes, if you couldn’t fault the players at all this season then your standards are far too low! #safc pic.twitter.com/x6sWzYv0A6

Off to bed now, hopefully Moyes will have been abducted by Aliens by the time I get up. It’s more likely than him being sacked anyway #SAFC

Moyes has to go. Nobody can keep us up but if we go down with him in charge we won’t ever come back up. #safc

Is Moyes having a laugh? Only time we came close is a deflected shot from Anichebe. #safc