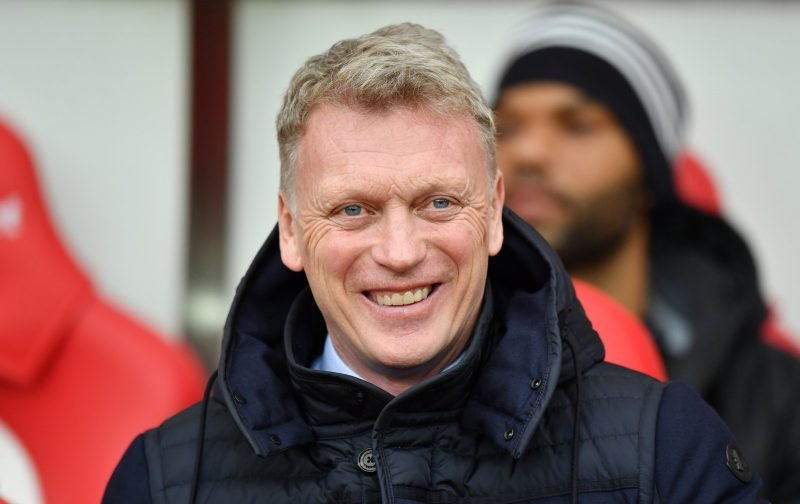 When your side is bottom of the Premier League with one win in ten games having taken one point from the last possible 15 the last thing you need is to become embroiled in a sexism row with a reporter that leads to an FA probe.

For anyone who’s avoided news for the last 48 hours, David Moyes has been criticised for threatening to slap a female reporter, albeit jokingly, following an interview after his side’s defeat to Watford.

As you would expect there’s been a huge backlash and Moyes has been forced to apologise for his actions towards the BBC reporter Vicki Sparks.

The FA have now got involved asking for Moyes to explain his comments, a move which while reasonable and to be expected comes at as time when the manager should surely be focusing on getting his side out of the the bottom three of the Premier League as they head towards almost certain relegation.

Here’s how Sunderland fans reacted to their manager’s comments:

Moyes is a broken man, he looks like a beaten dog….Someone just pull the trigger and put him and us out of our misery

The fact Moyes hasn’t been suspended or sacked defies belief, he’s a footballing and PR disaster. He’s so out of touch it’s unreal #SAFC

. @MisterDiCanio got 5 games before he was sacked. David Moyes gets a season and threatens to slap a woman. #baffled #safc

See #Moyes trending and get all excited, only to kick the cat that it’s not what we thought it was #safc