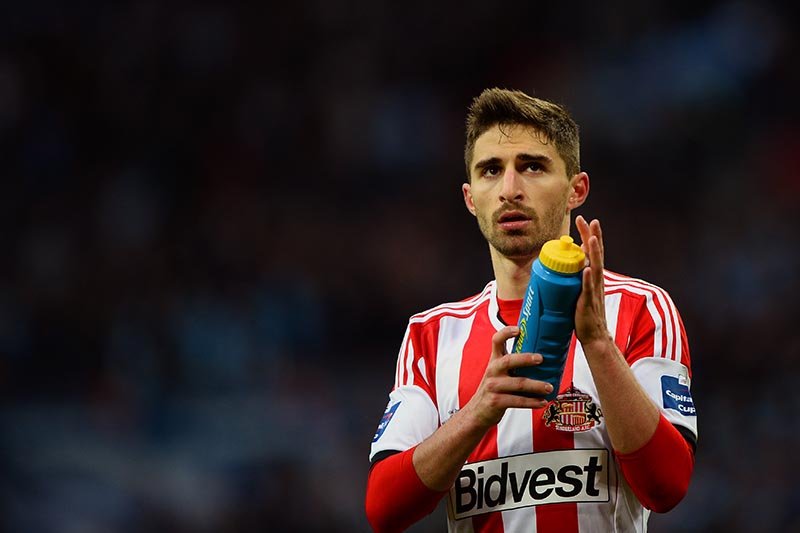 Fabio Borini’s late strike against West Ham United at the Stadium of Light may have given Sunderland more than just a point it’s also given them a small glimmer of hope in their fight against relegation although, they still face an uphill battle.

The result leaves Sunderland nine points from Premier League safety although they do have a game in hand over 17th placed Hull City who lost their second successive game. Sunderland’s 2-2 draw saw an end to a goal drought which had threatened to not only doom the club to early relegation but do so in a manner that left the fans completely demoralised.

Wahbi Khazri’s corner which ended up going straight into the Hammers’ net ended a run of 11 and a half hours for the Black Cats without a goal but it was Borini’s late strike which gave the crowd a huge boost.

The former Liverpool striker has been under fire from many Sunderland fans this season and here’s how they responded on social media to his late goal and his wild celebration in front of Moyes:

Fabio Borini celebrating wildly in front of Moyes. You know, the manager who repeatedly started Borini despite an atrocious season. #SAFC

@MJPotts17 Exactly. Don’t know what point he was trying to make. Him and Kone have been living on borrowed time for weeks!

Interesting to see Fabio Borini play the martyr today. The same Fabio Borini who has been bloody awful for weeks on end this season… #SAFC

@Scottwilsonecho Agreed. Think Borini likes to have a chip on his shoulder. Done similar after late goal v Palace last year, celebrated in front of sam.

@Scottwilsonecho he has been awful since we bought him, he will be gone in June, what a wasted talent.

@Scottwilsonecho Totally agree. If khazri had done it fair enough but borini has been terrible.

@ALS_Fanzine Very embarrassing. Should have ran to get the ball out the net, he’s been shocking this season

@ALS_Fanzine Why celebrate? go get the ball so we can get a winner