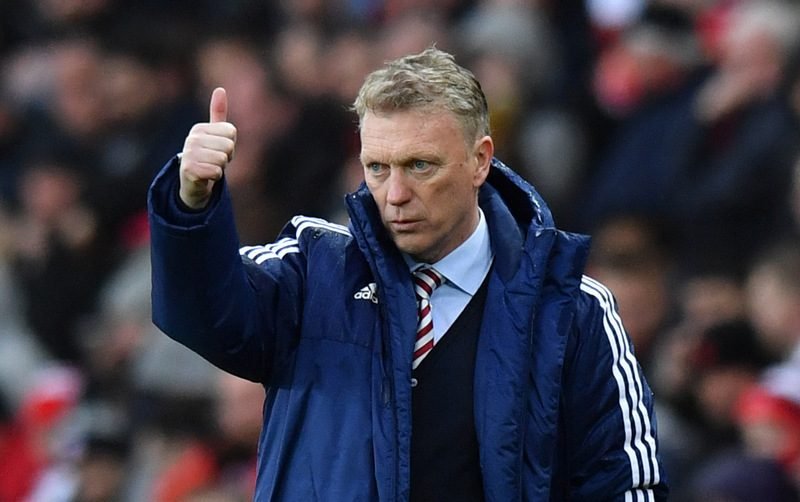 It’s been a miserable season for Sunderland fans as they’ve watched their side sit rooted to the bottom of the table, enduring hours of goalless football while to make matters worse Newcastle United prepare to return to the Premier League.

Wednesday night’s 1-0 loss to Middlesbrough more or less ended any faint hopes Sunderland had of staying up as David Moyes’ side now face the prospect of being relegated as early as this weekend.

The Black Cats now sit ten points from safety with five games left to play so all is not quite lost just yet, but considering Sunderland haven’t taken just five points in their last ten games, the idea they can take more than ten in their next five – and teams around them don’t pick up any, is far-fetched to say the least.

Earlier in the season reports indicated David Moyes would continue as Sunderland boss even if they were relegated, but fans don’t seem happy with that idea.

Sunderland fans took to social media to vent their frustration at the manager:

Gary Bennett saying Moyes has drained him. That’s actually the perfect description. Drained the life out of the club. Drained my love for it

Moyes needs to walk after tonight, players don’t play for him no more, ruining our club, got us relegated, HATE THE MAN #MoyesOut #SAFC

You’re not good enough, your players don’t respect you, the fans don’t want you. FFS man, have some self-respect and go #safc #MoyesOut

Upsetting knowing Moyes will be in charge next season #MoyesOut

No one and I mean no one can defend David Moyes now. #MoyesOut #safc