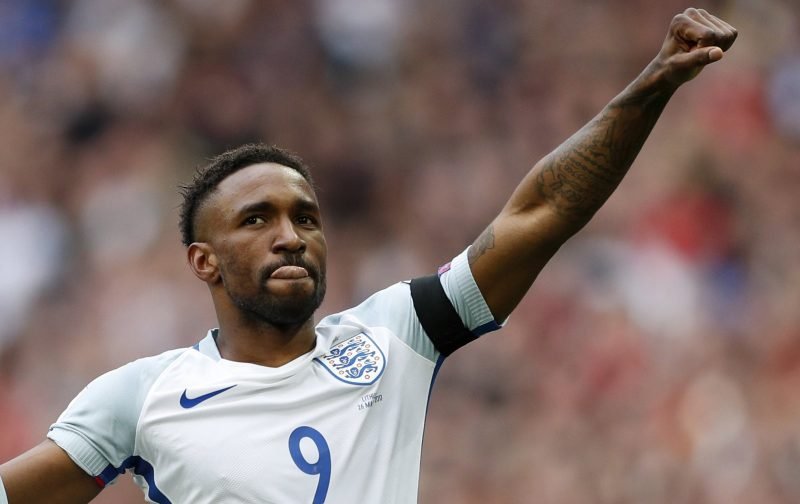 One of the main talking points when Gareth Southgate announced his England side to face Lithuania for the World Cup Qualifier on Sunday was the inclusion of 34-year-old striker Jermain Defoe.

Many fans questioned how putting a player in his mid-thirties can be seen as moving the team forward and planning for the future, but fortunately for the former Middlesbrough boss, Defoe was on hand to open the scoring and silence the doubters in a 2-0 win for the Three Lions at Wembley.

Defoe’s performances since moving to Sunderland have been undeniably impressive and with the likes of Jamie Vardy, Marcus Rashford and Daniel Sturridge struggling for games and/or goals this season, it made sense to give the free-scoring former West Ham, Tottenham, and Portsmouth man a chance.

While a 2-0 win over minnows is hardly a reason to get over-excited, Defoe’s goal showed that he can still be relied upon at international level.

And several Sunderland fans took to Twitter on Sunday to convey their delight and pride at the Black Cats forward netting on his return to the England team, although they like many know that it is likely he won’t be at the Stadium of Light next season…

Regardless of safc am buzzing for defoe. Bowt time they put faith in him. Where ever he goes next season he will score n al b chuffed 4 him

#Defoe has equalled super kev as my all time favourite #safc player. Even though he’ll leave in a few month. Can’t fault the bloke.

Defoe must have been in his element today with a supply line and a real game-plan. #whatastrikerneeds

I’ve gotta be honest here, if Jermain Defoe can consistently score in our team with Moyes tactics, scoring for England is a mere formality