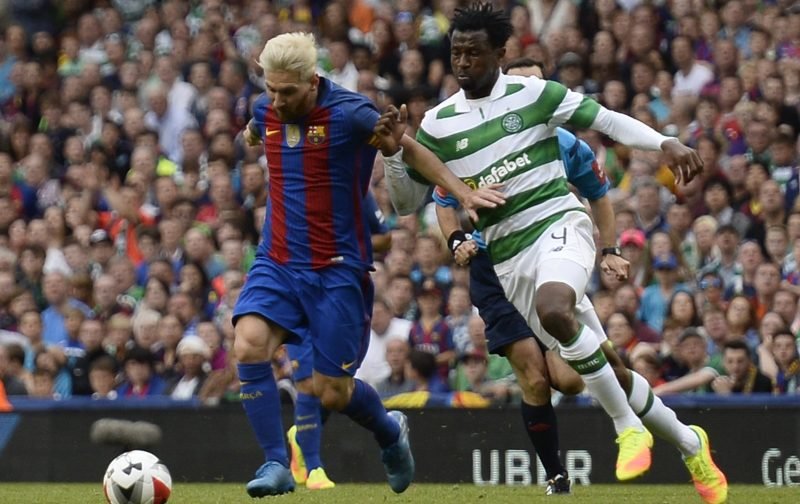 Sunderland have been linked with Efe Ambrose.

According to a report in the Derby Telegraph the Celtic defender is in the thoughts of Davie Moyes as he prepares for life in The Championship.

Ambrose has been frozen out of the Celtic side by Brendan Rodgers but won’t be short of offers when the transfer window opens up.

The 28-year-old has had a roller-coaster career at Celtic that has been marked by high profile plunders that have baffled successive managers.

Moyes appears to be convinced that a defender that has played in two World Cup Finals and in over 30 European ties can do a turn for him in The Championship.

Ambrose has spent the final part of the season on loan at Hibs where he has been reunited with the manager that signed him from Israeli football for Celtic in 2012.

A move to Blackburn in January broke down over a work permit issue but that has now been resolved with the Nigerian internationalist now available on a free transfer.