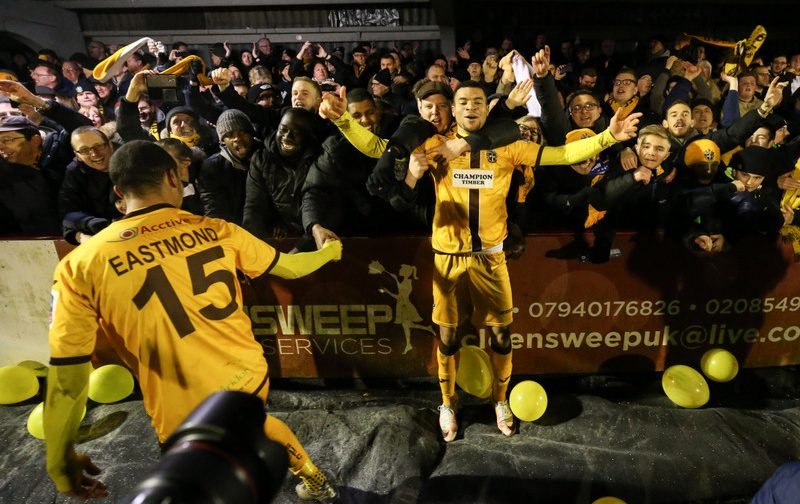 Fans of famous FA Cup giant-killers Sutton United have released a record into the music charts in celebration of their legendary cup exploits ahead of their historic fourth round clash with Leeds United on Sunday.

The track, ‘Back on the Shoebox Terrace Again’, has been recorded by members of the club’s fan-group, Gandermonium, and was released in advance of ‎the third round clash with AFC Wimbledon.

Since then, the track has had more than 30,000 views and downloads across all platforms.

‘Back on the Shoebox Terrace Again’ has now been rushed out as an official release and is available from iTunes, Spotify and all usual channels.

The record, written and recorded by West Sutton’s own Comrade X, celebrates the oldest remaining part of the famous Gander Green Lane ground and references cup exploits at the home of Sutton United – including the last meeting with Leeds back in 1970, through to Middlesbrough and their epic victory against Coventry City in 1989.

A spokesperson for the Gandermonium Sutton fan group said, “This record is a tribute to the extraordinary FA Cup history of Sutton United and brings us bang up to date with the current exploits under the leadership of our gaffer, Paul Doswell.

“We are launching an assault on the charts in advance of Sunday’s Leeds game which is all set to be a belter in front of a full-house down the Lane.

“The last time Sutton met Leeds was in 1970 when we came up against the full-strength Don Revie side laden with household names.

“We lost 6-0, but we’ve got a gambler’s chance this weekend and we will seize it with both hands.”

The spokesperon added, “The Shoebox Terrace at Gander Green Lane is our ancestral home from home where we congregate to celebrate the three pillars of a civilised society – football, beer and rock and roll.

“‎A well-oiled conversation in the bar after our victory over Cheltenham Town in the second round has now turned into a bona fide record release that is ticking the nether regions of the Hit Parade.

“That’s the magic of FA Cup football – anything can happen!”