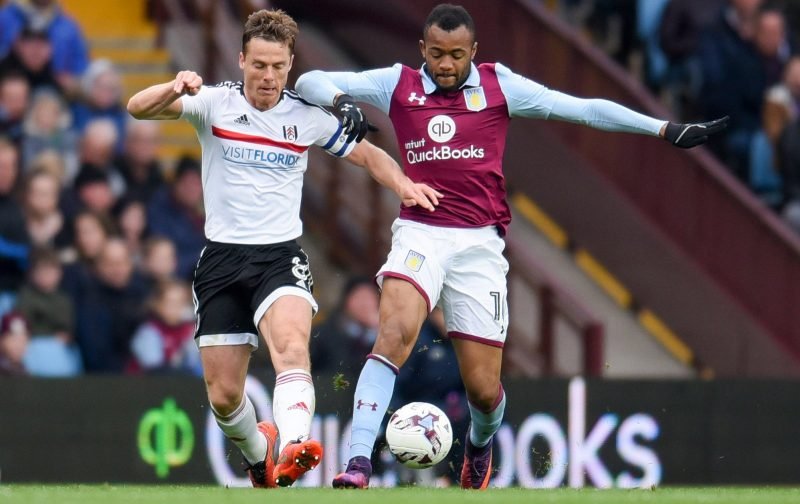 According to a report in the Daily Mail Paul Clement has asked for the striker as he attempts to find the goals that will steer Swansea away from the drop.

Steve Bruce has demonstrated by his willingness to trade Jack Grealish that he will be ruthless in his efforts to push Villa into a play-off place.

Ayew is rated at £9m by Villa but Bruce is unconvinced that he can get the type of goal haul that Middlesbrough’s Jordan Rhodes could provide.

Talks are expected to continue between Villa and Swansea on Monday with Modou Barrow also on Bruce’s wanted list.

Bruce and Clement are expected to be working on deals right up until the transfer deadline closes but with Swansea and Villa both keen on each others players both bosses will be looking for a quick conclusion to their transfer business.