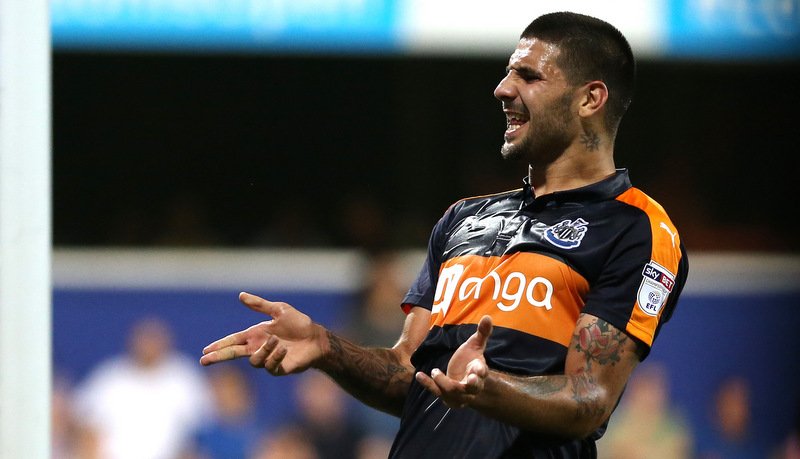 Swansea City are reportedly preparing a £15m bid for Serbia international striker Aleksandar Mitrovic, according to the Express.

The Premier League side, who sit second from bottom in the English top-flight standings heading into the Christmas period after their most recent 3-0 defeat to the hands of newly promoted Middlesbrough, have been linked with a move for the Newcastle United forward during the forthcoming January transfer window.

The 22-year-old, who has 26 international caps for his country, has scored five goals and provided two assists in 14 appearances in all competitions for the Championship leaders so far this season.

However Mitrovic, who arrived at St James’ Park back in July 2015 following his reported £13m switch from Belgian outfit Anderlecht, is behind fellow striker Dwight Gayle in manager Rafael Benitez’s pecking order, having netted a remarkable 17 times in 18 games this term.

The report suggests that Swans boss Bob Bradley is ready to make a £15m offer for the Serbian star in a bid to stave off relegation, with Swansea three points adrift of safety after their opening 17 league games heading into Christmas.

However, they will face competition from Premier League rivals Crystal Palace for the forward’s signature.